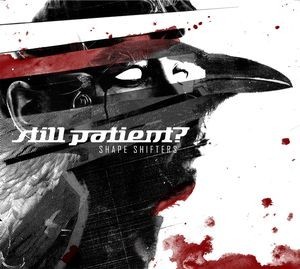 Content: Still Patient? were one of the biggest promising bands from the German gothic scene during the 90s. They for sure got some recognition, but never gained a real international break through. The band finally split and the members got involved in different projects, which never reached a similar level of popularity than Still Patient?

The main influences clearly bring us back to the 80s new-wave movement reminding me of legendary bands like The Sisters Of Mercy and Fields Of The Nephilim. There’s no innovation, but just an outstanding emulation of guitar new-wave music. All the songs smell like pure new-wave music. The songs are carried by outstanding guitar playing expressing this typical 80s mewing and melancholic style. The deeply, cavernous timbre of voice of singer Andy Koa remains another main strength of the band. I can’t get away from making a link between The Sisters Of Mercy. The sound is dark and sometimes moving on the edge of dark-rock music, just like Andrew Eldritch and co did.

The opening part reveals a succession of great songs, which are powerful and totally accomplished. “We Come In Peace” has this little extra element you often recognize in a ‘hit’ song. The title of the song sounds a bit in contradiction with the power emerging from the writing. There are a few softer cuts like the well-crafted “Away From Me”, but I’m more into the harder work. Still Patient? are simply excelling in 80s new-wave nostalgia played in a powerful way. The final part features a few more noticeable cuts. You now and then can hear some refined piano-like arrangements, which are more into a typical post 80s gothic tradition. “Song Of Defeat” is a beautiful cut in the genre.

There also is a bonus song, which appears to be an adaptation of “Mascara Osiris”, which was originally released on their debut album “Salamand” (1992). This new version is called “Mascara Osiris II” which was written in 2012. It’s a great, fast and powerful cut, which brings this album to its final climax.

Conclusion: Still Patient? strikes back in an outstanding way. This is a real successful piece of music celebrating the 25th anniversary of the band!