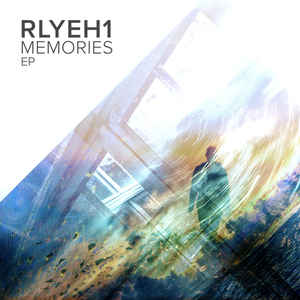 Background/Info: Born in Italy, but operating from Vienna (Austria) you might have discovered Samuele Daccò aka Rlyeh1 by his debut album “The Grey Lights” released in 2015 on Mindtrick Records.

Content: Rlyeh1 composes a sophisticated format of electronics, which is related with different genres such as electronics, ambient, garage, dubstep and IDM. The work is carried by slow rhythms and supported by impressive space-like atmospheres. Some parts are a bit into ‘dance’ while others are more into experimental-lounge sort of.

+ + + : Whatever the musical stamp you want to put on Rlyeh1, this artist distinguishes himself from the rest by a high-tech and professional production. The sound is impressive while accomplished by cool stereo effects. The composition, properly speaking is definitely into experimentalism, but I like the accessible format, which will appeal for a wide spectrum of music lovers. One thing is for sure, Rlyeh1 is into modernism and progressive electronics. I especially like both debut tracks!

– – – : The songs are pretty different from each other and that’s rather surprising for an EP featuring 5 cuts. I don’t say there’s a lack of coherence between the opening cuts and the more into experimental-lounge final track, but Rlyeh1 maybe tries to exorcise too much sonic ideas on one release.

Conclusion: “Memories” deals with a wider spectrum of influences, which are characterized by evasive passages and other sensual rhythms. It’s definitely experimental, but clearly accessible!