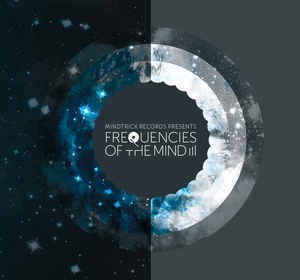 Background/Info: Mindtrick Records was set up in 2007 by Guido (Atiq) v.d Brink and is operating from Rotterdam (The Netherlands). While the label this year celebrates its 10th anniversary this label compilation got released at the end of 2016 featuring 16 bands plus an intro.

Content: I always have considered Mindtrick Records as one of the most visionary labels in electronic-underground music. This is the kind of label, which really brings a bonus to the contemporary underground music by having a nose for intelligent and often avant-garde minded electronic bands. This new compilation is the right sound canvas to discover established bands from the label like Atiq, Delete, Tangent, Sb-Six, Huron, Aeon Waves, Rlyeh1, Known Rebel, He3dless, The Travel… but also a few guests, new names and possible next new signings. Funckarma is for sure the most famous name among the list.

While the first part of the sampler is more based around different kind of ambient music styles, the second part features the most sophisticated and danceable cuts leading the listener towards a sonic horizon made by IDM, dubstep and rhythmic-ambient.

+ + + : A compilation often is the right way to get an idea about a label’s music taste. I think it still is a more appropriated format then streaming, but we all know the CD-sales are going downwards. And yet there are CD’s you better put your hands on especially when they’re exposing such fascinating and well-crafted music like “Frequencies Of The Mind”. Known Rebel and Delete both are without a shadow of a doubt my favorite bands on this series, both composing great sound sculptures supported by fascinating atmospheres. I also have to mention Suboctane and the more indus/IDM cut by Huron.

– – – : It’s not really a point, but I was rather surprised by the more ambient approach featured in the first part of the album. I’m more used to hear more dynamic work from some of these formations.

Conclusion: “Frequencies Of The Mind” is the right work to get more familiarized by the future-electronics of Mindtrick Records.