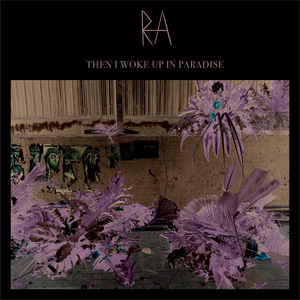 Background/Info: RA is a Swedish band from Malmö. They were set up in 2012 and released several productions on their hometown label Adrian Recordings. After the loss of one of their members the band progressively evolved towards a different sound. They now joined Progress Productions (under license from Adrian Recordings) unleashing an EP featuring 4 songs.

Content: RA clearly deals with retro-like influences founding their sources in the 80s. It sounds a bit like dark wave-pop revealing a perfect balance between guitar and electronics. Choruses have been well-crafted and empowered by guitar and haunting vocal parts.

I also noticed a harder part running through this work, which reminds me a bit of The Chameleons for the guitar parts and the garage-punk style of The Nomads (quite of coincidence because Nomads were from Sweden as well).

+ + + : RA sounds like a mix between different 80s influences. I enjoy the dark-pop touch supported by harder guitar parts, which might evoke garage-rock and post-punk. The title song is a noticeable for its great chorus while “040” is harder and more merciless evoking the post-punk roots of the band.

I also like this kind of old-styled EP featuring 4 different songs without the usual amount of remixes.

– – – : RA is not reinventing any style, but simply brings ‘dark’ 80s influences together. It’s maybe not the kind of band I expected on Progress Productions, but on the other side it enlarges the label’s music canvas. I’m not into the final cut, but the 3 first songs are fully enjoyable!

Conclusion: RA is a kind of sonic chameleon finding its main inspiration in the endless fields of new-wave and related music genres.