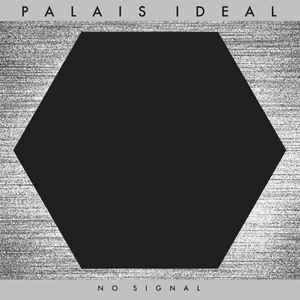 Content: The 80s influences are rapidly coming through and are sometimes pretty explicit. But Palais Ideal is not just emulating the magic of new-wave music, but still has a more personal touch, which sounds in between rock- and pop music. Guitar and electronics are pretty complementary. The songs are sung by a great and charismatic singer, which directly reveals his deep timbre of voice on the opening cut while excelling on “Funtime”.

+ + + : Palais Ideal seduced by great guitar playing injects power and emotion. The low and resonating bass lines are in perfect harmony with the guitar and reinforcing the new-wave inspiration. I already mentioned the great vocalist of this band who’s a real essential element of this band’s sound. “No Signal” is clearly influenced by several 80s bands; now darker and then more pop-driven. One of my favorite cuts is “A Black Noise” evoking some aspects of the legendary “Alice”-song from The Sisters Of Mercy.

– – – : The album is well-crafted, but is maybe missing that ‘absolute’ hit that would bring the band into the spotlights.

Conclusion: “No Signal” is a noticeable debut for this duo. The album has this good-old vintage appeal, which will get new-wave nostalgic fans out of their sleep.

Since you’re here … … we have a small favour to ask. More people are reading Side-Line Magazine than ever but advertising revenues across the media are falling fast. And unlike many news organisations, we haven’t put up a paywall – we want to keep our journalism as open as we can. So you can see why we need to ask for your help. Side-Line’s independent journalism takes a lot of time, money and hard work to produce. But we do it because we want to push the artists we like and who are equally fighting to survive. If everyone who reads our reporting, who likes it, helps fund it, our future would be much more secure. For as little as 5 US$, you can support Side-Line Magazine – and it only takes a minute. Thank you. The donations are safely powered by Paypal.
Tags: Bauhaus, Palais Ideal, post-punk, Swans, Xymox