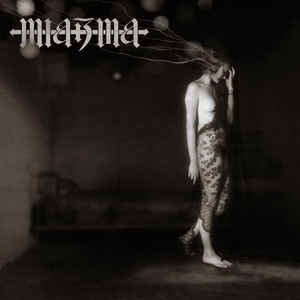 Background/Info: Swedish band Miazma was set up in 1997 by Kristian Olofsson and Tomas Tornevall. The duo originally started composing techno-inspired music, but when Kristian remained the single member on board, the sound progressively evolved towards cold-wave influences. This album is a selection of exclusive tracks and songs taken from previous releases (cf. “Dressed In Black”, “Dollar Rush”, “Judgement Day” and “Shattered”).

Content: Miazma clearly deals with the colder part of new-wave music. The sound rapidly reminds to the legendary Sisters Of Mercy and especially the “Floodland”-period. The vocals and guitar playing are pretty ‘Sisters’-like, but Miazma also likes to inject a more personal electronic touch on top of the songs.

+ + + : Miazma hasn’t re-invented cold-wave music, but this album features a fine selection of great songs in the genre. There’s a perfect osmosis between guitar and electronics; the guitar playing injects darkness and power while the electronics treatments create an elevating elements mainly during the choruses. The deep timbre of voice reminds me of Andrew Eldritch and totally fits with the darkness of the music. The ‘exclusive’ tracks are well-crafted while I have a preference for the harder cuts taken from the “Shattered”-album. The song “Endless Sleep”, which is a track from 2004 is another great exposure of Miazma. This band sometimes reminds me of Malaise, which was a more familiar and successful Swedish formation.

– – – : The tracks are pretty short always in between 3- and 4 minutes. If there’s one single reproach I can imagine about this band it would be probably the similar sound formula coming back on all songs.

Conclusion: Dark Vinyl had a real good idea releasing this album. Miazma is not exactly the most famous and renowned gothic formation one earth, but it definitely is a talented artist.