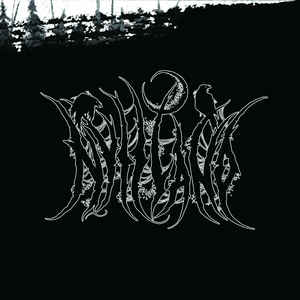 Background/Info: I last year discovered the phenomenal Russian Nytt Land through their “Fimbulvinter”-album, which remains to me one of the best releases from the past year. One year later Natalia and Anatoly Pakhalenko strikes back unleashing their fourth full length album to date. The album is inspired by the traditional music of the indigenous people of Siberia, the Old Icelandic epic and the atmosphere of classic Norwegian black-metal.

Content: The influences aren’t that different from previous work, but I get the impression that Nytt Land simply moves on where “Fimbulvinter” stopped. The use of self-made and authentic instruments once again creates a very unique sound. The ritual cadence together with mystic male and female vocals is accentuating the ritual- and mysterious character of the work. And once again I got the impression to hear a movie soundtrack, which could perfectly match with fantasy series such as “Game Of Thrones”, “Vikings” etc. Several guest musicians contributed to this work, but the most surprising feature for sure is the 4 years old son of Natalia and Anatoly Pakhalenko.

+ + + : First of all there’s the authentic aspect of the work due to the multiple instruments, but next there’s the style of music mixing influences from ritual- and mystic music together. It all together creates a particular, bewitching atmosphere reinforced by the particular language and vocals production. This album features the traditional Siberian overtone singing technique which is called ‘kargyraa’. It’s a unique experience, creating a divine symbiosis with the sound. The tracks are quite elaborate and progressively reach an ultimate climax at numerous passages. Last, but not least this music is also very visual-like, which would be the right soundtrack for a fantasy series.

– – – : I don’t have a real minus point about this sublime work although it’s not that easy to decode the name of the band on the front cover.

Conclusion: Nytt Land sounds a real blessing for all lovers of ritual and related music genres. This album feels like being touched by the hand of a music Goddess. No doubt about it, this album will also become one of my favorites of this year!