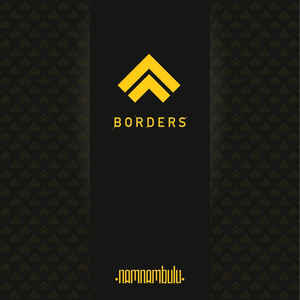 Background/Info: NamNamBulu was originally set up in 2002. The debut full length “Distances”, which was already released on Infacted Recordings became an instant success. The band became really famous in Germany, and also gained a worldwide recognition in the electro- and future-pop genre. Vasi Vallis (music) and Henrik Iversen (vocals) finally split, but NamNamBulu got reactivated in 2014 and even released an EP (cf. “Sorry”). The duo is now completely back on track unleashing their second album to date.

Content: There’s a hiatus of 14 years between both albums, but the main source of inspiration remains electro-pop music. The future-pop input has been lost and replaced with a rather intimate and emotional composition. Some tracks are even moving on the edge of soundtrack music.

NamNamBulu remains driven by the genius of composer Vasi Vallis (Frozen Plasma, Reaper) and Henrik Iversen’ particular timbre of voice. The work moves into reverie and is a rather smooth experience in synth-pop music.

+ + + : Vasi Vallis is a ‘melody-maker’ and that’s one of the main aspects supporting the new work. The band doesn’t really try to emulate their debut album and clearly moved towards a somewhat different sound. “Borders” sounds emotional and personal. I also discovered a somewhat hidden side of Vallis’ talent, which comes close to soundtrack music. It doesn’t take away that “Borders” still feature a few potential hits such as “One Breath” and “Last Goodbye”. NamNamBulu is back and that’s definitely great news for their fanbase.

– – – : Globally speaking “Borders” is more an album to listen to instead of danceable music. They’ve lost their future-pop approach to get a more intimate and sensitive composition. I personally prefer the early and more danceable stuff.

Conclusion: NamNamBulu has been restyled in sound although remains pretty faithful to their electro-pop roots. “Borders” sounds like the symbiosis between a genius composer and a talented singer, both having accomplished a melancholic opus.