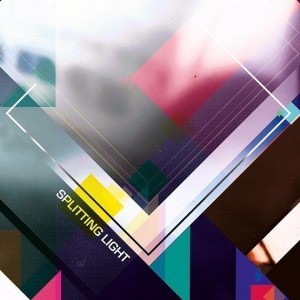 Background/Info: Model depose is a band from The Netherlands I discovered a few years ago now when they self-released the EP “Nightwatch”. It was a real promising production, which convinced me that the band would be signed to an open-minded label. And that’s precisely what happened. “Splitting Light” is the official debut-album from the band and features 14 songs. It has been released on Dark Tunes in collaboration with Trisol.

Content: The influences of Model Depose are instantly pretty clear. The opening song sounds quite Depeche Mode-like while other songs might remind you of Mesh (especially for the carrying choruses) and IAMX clearly is another source of inspiration. I can’t say that their work is innovative, but an impressive emulation of established bands with an extra personal touch on top.

Guitar and electronics are in perfect harmony with each other. You clearly get the impression that Model Depose will bring you back to some great 80s music. The pop approach is well-crafted and carried by a talented vocalist. His timbre of voice sometimes reminds me a bit of Chris Corner (IAMX), which only reinforces the link with this formation.

One of the most surprising- and yet successful songs is the cover version of Portishead’s “Sour Times”. The original song has been transposed in an alluring Model Depose edit. It sounds powerful and still quite recognizable.

+ + + : It always is a big challenge to compose music that will be associated with great bands like Depeche Mode, IAMX and even Mesh, but the least I can say is that Model Depose has the talent to succeed. “Splitting Light” is a mature album revealing several cool songs with noticeable writing skills. Some of the choruses have this transcendental power, which will make you forget all your stress. The compositions are elaborate and into alluring pop music with a great vocalist on top. This is a band that will appeal for all lovers of aforementioned bands and pop fans generally speaking.

– – – : The only main minus point about this album is the lack of originality. Model Depose calls themselves ‘the new romantics of the present time’, but they first of all are ‘copyists of famous electro-pop bands’.

Conclusion: “Splitting Light” is an album that confirms what I’ve said for years now: better to be a great copy of established bands than a worse one, but innovative production. Model Depose is one of the best surprises in electro-pop land of the year.