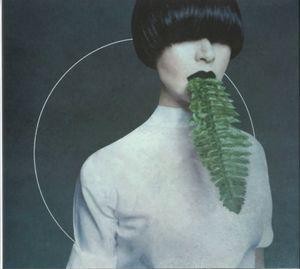 Background/Info: Kangding Ray (aka David Letellier) is a rather familiar artist releasing his work on Raster-Noton. “Cory Arcane” is the 5th full length of the French artist on the label.

Content: ‘Cory Arcane found her comfort zone in a constant state of crisis, and her liberation through love, sensuality, and high-speed internet access’. This conceptual theme was transposed into an intelligent and clearly IDM-minded sound. There’s an exciting twist between minimal-technoid arrangements and some more evasive passages. Some of the tracks move into mysterious atmospheres while there also is a more exotic touch emerging at the surface of a few cuts.

+ + + : I especially like the rather constant sound manipulations animated by subtle bleeps and somewhat darker, industrial components.

– – – : Some experimental elements are less accessible, but on the other side it also is one of the characteristics of the artist’s creation.

Conclusion: Kangding Ray is a confirmed value on Raster-Noton and the IDM scene as well. This album confirms the creative mind of this artist and his never-ending will to explore new sound-paths.