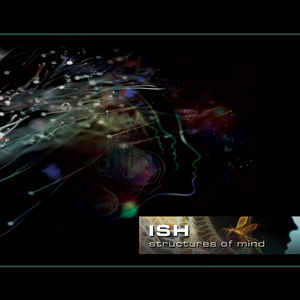 Background/Info: Slovakian artist Igor aka ISK strikes back with a new album after a rather long hiatus. It is his third full length in 8 years released on Aliens Production.

Content: The sound universe of ISH is made of multiple details and supported by space atmospheres. From little bleeps to vibrating sound waves and from broken, slow bombastic rhythms to evasive, cinematographic passages and from field recordings (or samplings) to alluring bass lines, this album really covers a wide range of influences.

+ + + : ISH definitely belongs to this selected number of progressive electronic artists; those who are composing the music of the future. But IDM is an established and recognized genre, regrouping artists in the vein of ISH. This album is much more than simply IDM, and it will appeal for lovers of this genre. It’s an elaborated, sometimes a bit complex and definitely artistic writing process on, which creation of sounds is much more important than on any average electronic release.

– – – : The complexity of the composition will be for sure the major difficulty to seduce a wider audience, but this is electronic music for fine tasters!

Conclusion: ISH is more composing music to listen instead of danceable songs. This album displays a wide range of music ideas, but in the end it definitely stands for a fully accomplished and styled composition.