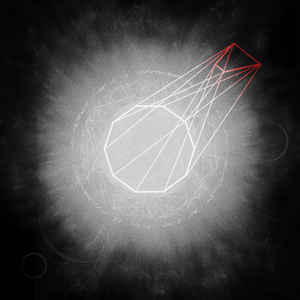 Background/Info: Hadewych is a band from The Netherlands, which released a self-titled album in 2007. A few tracks got digitally released during the past few years, but this album seems like a new take off for the group.

Content: “Welving” is impossible to define and even hard to describe. It clearly sounds dark and even very ‘doom’-like. Some of the tracks are featuring vocals, which are sometimes in spoken Dutch language revealing a strange and obscure poetry. Hadewych defines their work as ‘ultra grotesque’, which makes the real description of the sound even more enigmatic.

+ + + : The least I can say is that Hadewych is a unique group, rapidly appearing to be an antidote to conventional dark styles such as ambient, industrial ao. The main characteristic is the dark and ultra doom-like atmosphere supporting the tracks. It’s an overwhelming sensation, where you feel like being in the grip of an invisible force. The cryptic lyrical content reinforces the enigma, “Welving” becoming touched by the finger of an alien. Diversity definitely is the main characteristic of this opus.

– – – : “Welving” stands for ‘difficult’ music and it often is a hard challenge to find the right audience for such kinds of music. It’s not that easy to find a guideline in this work.

Conclusion: Hadewych brings different sources of inspiration together, which can be considered as ‘experimenting with doom music’. From metal to ritual to industrial to ambient it first of all is music meant to conquer dark souls.

Since you’re here … … we have a small favour to ask. More people are reading Side-Line Magazine than ever but advertising revenues across the media are falling fast. And unlike many news organisations, we haven’t put up a paywall – we want to keep our journalism as open as we can. So you can see why we need to ask for your help. Side-Line’s independent journalism takes a lot of time, money and hard work to produce. But we do it because we want to push the artists we like and who are equally fighting to survive. If everyone who reads our reporting, who likes it, helps fund it, our future would be much more secure. For as little as 5 US$, you can support Side-Line Magazine – and it only takes a minute. Thank you. The donations are safely powered by Paypal.
Tags: Hadewych