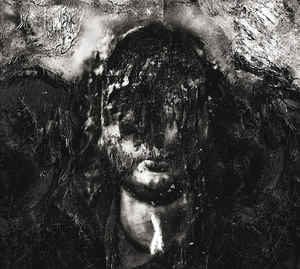 Background/Info: Italian artist Francesco Gemelli gained some recognition as visual artist, but he also composed music under the Eidulon moniker. Back in 2007 he released the full length “Idolatriae” and now strikes back –again on Malignant Records, with the “Combustioni”-opus on, which he got the help of numerous guests.

Content: An impressive number of guest artists have been invited to achieve “Combustioni”. Nordvargr, Luca Soi (Void Of Silence), Kammarheit, Naxal Protocol and Caul contributed to this work, which is mixing dark-ambient influences together with heavier epic and industrial parts. The vocals of Luca Soi even inject a pure ethereal touch to the industrial heaviness. The tracks have been accomplished with obscure, anguished atmospheres and electronic treatments.

+ + + : This album stands for diversity and certain ambient/industrial eclecticism, which is due to the different guest artists. The compositions reveal a sophisticated writing, which mainly comes through at “Averni Flammas Transivi” featuring Kammarheit. In a different style there’s the graceful “Immanence” featuring the heavenly vocals of Luca Soi while Caul has been featured as well.

– – – : Diversity can be still considered as the main point of discussion. There’s a kind of hiatus between the most noticeable cuts and a few other tracks, which are less accomplished.

Conclusion: The main characteristic of “Combustioni” is the dark sphere recovering the compositions; it feels like a sonic voyage throughout an imaginary inferno.

Since you’re here … … we have a small favour to ask. More people are reading Side-Line Magazine than ever but advertising revenues across the media are falling fast. And unlike many news organisations, we haven’t put up a paywall – we want to keep our journalism as open as we can. So you can see why we need to ask for your help. Side-Line’s independent journalism takes a lot of time, money and hard work to produce. But we do it because we want to push the artists we like and who are equally fighting to survive. If everyone who reads our reporting, who likes it, helps fund it, our future would be much more secure. For as little as 5 US$, you can support Side-Line Magazine – and it only takes a minute. Thank you. The donations are safely powered by Paypal.
Tags: Eidulon, Kammarheit, Nordvargr