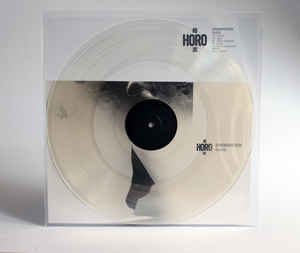 Background/Info: German artist and producer Jan Grebenstein has already been in the music business for numerous years. He was mainly active as the drummer and guitarist in several bands and is now active as a solo-artist for a couple of years.

Content: “Gloss” features 4 tracks, which sound like expanding the world of electronic music. Chilling sound atmospheres mixed with industrial bombast and subtle IDM lead the listener into a minimalistic electronic universe. The sound is mainly carried by impressive sound treatments such as heavy blasts.

+ + + : “Gloss” is the typical progressive techno sound, which according to me has less in common with the average techno standards. This sound is dark and achieved with heavy, dark and mind-blowing sound treatments. The main accent of the production is not focalized on heavy, danceable kicks, but on the magic of sounds and surprising effect of monstrous effects and other blasts. This is a progressive vision of electronic music mixing ambient, industrial, techno and IDM together. It however will make you dance, but still enjoying the beauty of the sound treatments.

– – – : This intelligent format of electronics will not ravish an ‘average’ techno audience, but mainly appeal to a restricted number of IDM lovers.

Conclusion: Grebenstein is a real cool discovery, once more confirming the potential and visionary style of the Berlin scene.