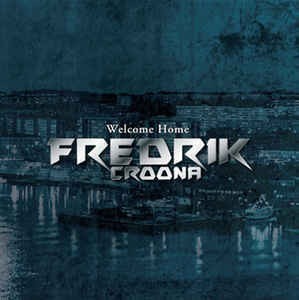 Background/Info: Swedish artist Fredrik Croona took me by surprise on his debut album “The Grey Line” released in 2015. When you know the harsh electro direction of Cynical Existence, which is the band he had been mainly linked with, it was a kind of ‘shock’ discovering the future-pop inspired debut album of Fredrik Croona. It was a successful composition making me curious to discover this new opus.

Content: The songs remain inspired by future-pop elements featuring cool melody lines and danceable rhythms. You can notice many bleeps and dark-catchy sequences, which are fitting with the vocals. That’s an aspect of the production, which remains surprising. I was used to harsh vocals of Croona singing in Cynical Existence while he now reveals a soft and clear way of singing. He has a cool timbre of voice and I can say that this man can really sing on electro-pop.

The main difference with “The Grey Line” however is a harder touch, which can be heard in vocals and music as well. It sounds darker, but still harder. The vocals are sometimes switching from clear and charismatic parts into harsher passages, which in a way might remind you of Cynical Existence.

Another interesting aspect about this work is the contribution of Controlled Collapse and Konclever each on one song.

+ + + : Fredrik Croona has something ‘schizophrenic’ and that’s an aspect I really like with musicians. He so far revealed two different faces moving from harsh electronics to future-pop inspired music. You can sense that he really feels comfortable composing great melody lines and experimenting with cool bleeps. This opus is more styled and reveals a more professional production process.

“Follow The Blind” featuring Controlled Collapse is a real great symbiosis between these two bands, but there are a few more attention grabbers on “Welcome Home”.

– – – : No doubt about it, this new work is more mature although I think there was more potential on the debut album. Some songs are a bit too similar and that’s maybe because I now and then miss a real climax in the song structure.

Conclusion: “Welcome Home” confirms the ‘pop’ skills of Fredrik Croona who can be considered an open-minded electro musician.