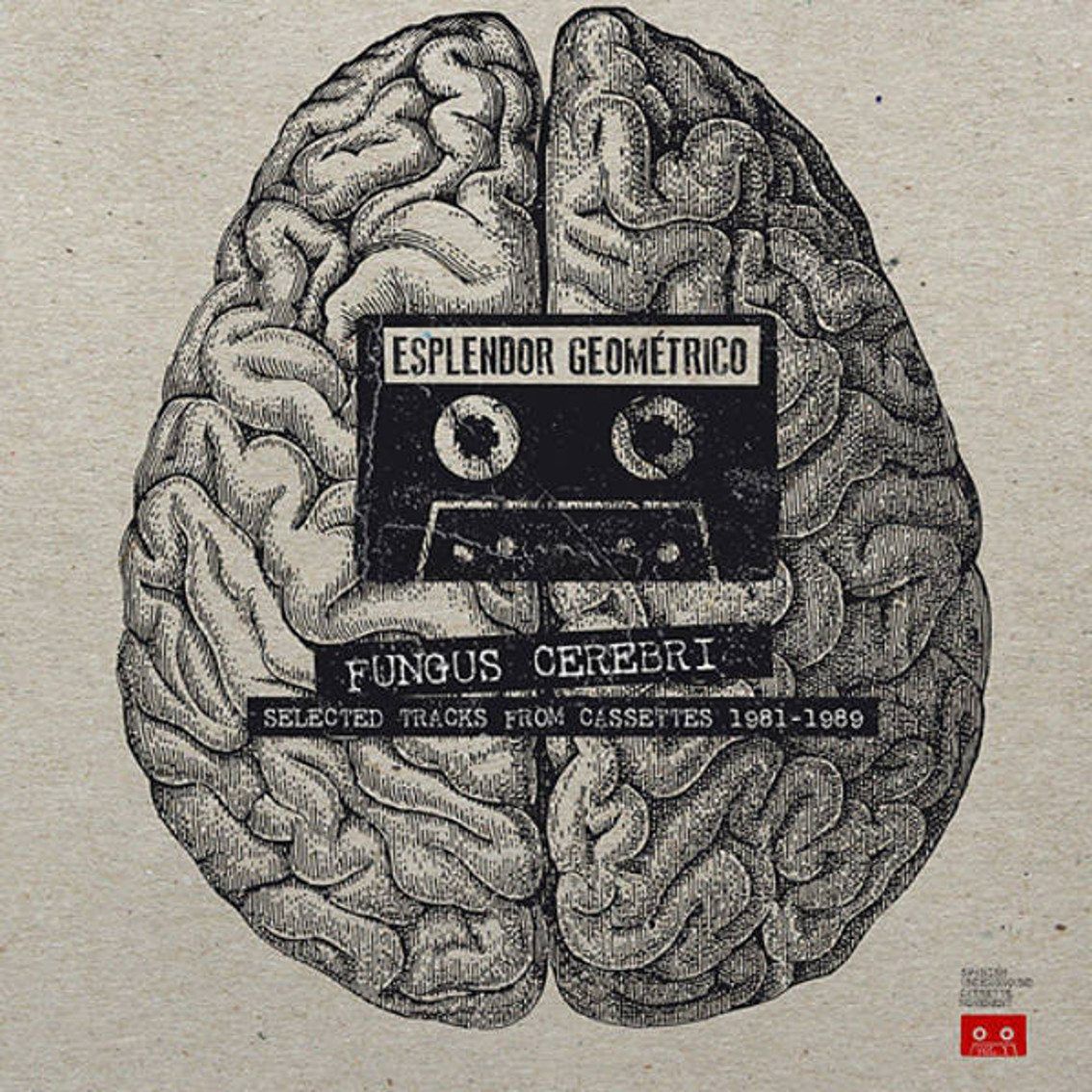 Fungus Cerebri (Selected Tracks From Cassettes 1981-1989) is a double LP in deluxe gatefold sleeve which includes a selection of tracks by Esplendor Geométrico originally released on cassette and recorded between 1981-1989. You can order this very limited edition right now, it’s being sent out by the end of December.

You can expect minimalism, raw and harsh analogue electronica, distortion, Arabic sounds and shortwave radio recordings as you can hear below on the track “Fungus Cerebri”. Duet Emmo fans will love this material for sure!

The track selection is by Andrés Noarbe, the band’s manager since their beginnings in 1980 and director of Geometrik Records.