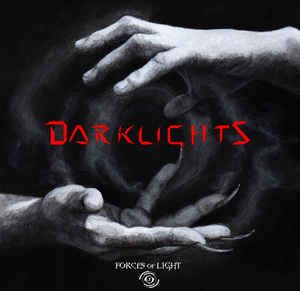 Background/Info: Forces Of Light is a ‘new’ Italian trio featuring both members of Stars Crusaders plus an extra member. The band is interested in the exploration of esoteric and occult world, which they transpose into electro-pop songs.

Content: Stars Crusaders already seduced me by their danceable and powerful space-pop and Forces Of Light appears to be another sensation. The music sounds like ‘happy-pop’ electro with a strong 80s approach, which reminds me of bands such as Feargal Sharky, Erasure ao. It sounds poppy and danceable although some cuts are a little bit hard. I also noticed a few guitar parts running through the work.

+ + + : “Darklights” doesn’t sound at all as a debut album. You clearly can hear the musicians behind this project are already experienced, which resulted in mature and masterly crafted songwriting. The electro-pop approach is quite classical and retro-like, but when you get multiple noticeable songs you just will be happy discovering this album. The vocals are passionate and totally matching with the music. It’s a great melodic and danceable work featuring excellent songs.

– – – : Some of the melodies are pretty similar and that’s maybe a point to reconsider on further work.

Conclusion: Forces Of Light is a little revelation, which stands for passion and qualitative electro-pop. An album to discover!