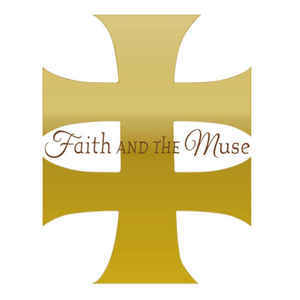 Background/Info: Set up in 1993 by William Faith and Monica Richards, Faith And The Muse rapidly became a world-wide recognized formation dealing with a rather open-minded new/cold-wave style mixed with ethereal elements. Several years have passed since their last studio album while Monica Richards started a noticeable career under her own name, but this album reactivates Faith And The Muse in a kind of ‘best of’.

Content: Both albums each feature 15 songs so we get a total of 30 songs giving us the opportunity to travel through their career and their discography –featuring 5 studio albums. The “Elyria”-album (1994) remains something really special, as it was an instant break through for the band.

The songs remind us of the great sound and exceptional vocal capacities of Monica Richards next to the genius guitar playing of William Faith. He’s a musician playing the guitar in a very emotional way, which creates a delicious symbiosis with the vocals. But the music was more diversified and even complex, exploring different paths like tribal rhythms, pure ballads full of reverie, post-punk and even folk.

Faith And The Muse has built a bridge between the late 80s new/cold-wave movement and the gothic music of the 90s. But it all becomes clear that new trends and evolutions in style didn’t really affect their work and creativity. The work always remains faithful to their original approach till the last compositions.

+ + + : Aside of the nice selection of songs, there’s an informative and great booklet featuring background information about all the featured songs. It will give you an idea about how the songs have been conceived, their favorite ones, the love and fascination for poetry, Monica’s love for cats, the first song they really wrote together etc.

Conclusion: This is a band, which simply deserved a ‘best of’ album and the least I can say is that Faith And The Muse hasn’t lost any power of their initial magic! This is beautiful, dark reverie!

Tags: Faith and the Muse