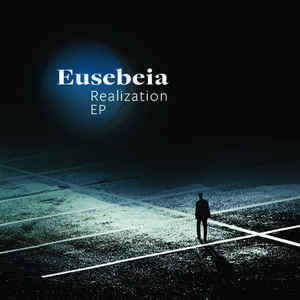 Background/Info: Seb Watts is releasing music under the Eusebeia moniker and seems collaborate with different labels for most of the releases. “Realization” was released by the end of 2017 and features 4 tracks.

Content: There’s a mysterious and mainly space-like atmosphere supporting the sound universe of “Realization”. The sound treatments are pretty minimal-like while a linear rhythm is carrying the electronic treatments. The tracks remains instrumental versions although you can notice some passages featuring thin voices lost in the distance.

+ + + : The ambient atmosphere hanging over the work is one of the main characteristics of the work, but definitely injecting a mysterious sphere. I like the space-dimension of the sounds, which also become pretty spooky as well when joined by enigmatic voices. The down tempo, which also sounds a bit dub-step like is quite cool for getting the work more accessible. I also enjoyed the somewhat experimental sound creation running through this work.

– – – : The minimalism and certain complexity of the production is not exactly the most reachable aspect of this work, but I’m afraid that’s precisely what this kind of music stands for. But is the quality of a composition not more relevant than reaching out a huge number of listeners!?