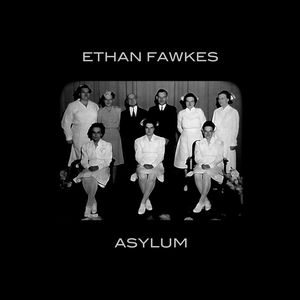 Content: Ethan Fawkes is back on track releasing a new EP on the label of Al Ferox. The Belgian techno-body artist brings us 3 new cuts.

The opening track, “I Feel Alright” is the perfect match between typical techno elements like the kick and classical hi hats plus EBM ingredients, which mainly come through in the darker side of the song. The vocals were produced in a rather ‘zombie’-like way injecting an extra obscure touch to the song while some androgenic-like backing vocals can be noticed as well.

The next cut “Straitjacket” moves deeper into the darkest realms of techno music although it also remains pretty EBM-inspired. This is a kicking and obscure instrumental cut. “Brain Carnage” is not that different than the rest and remains inspired by dark body-tech realms. Cool spooky sequences run through this song, which again features zombie-like vocals. I have to say I personally prefer this way of producing the vocals than what Ethan Fawkes has done in the past.

Conclusion: “Asylum” might appeal for a wider audience of techno-heads and EBM freaks.