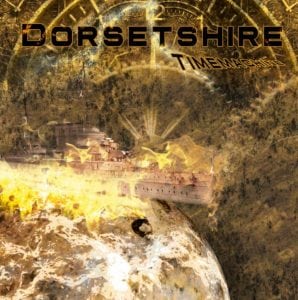 Background/Info: Set up in 1992, German formation Dorsetshire put their stamp on the 90s dark electro-pop and gothic-electro scene through a few legendary hits. They called it quits in 1998, resurrected in 2017 and released a new EP in 2018.

Content: “Timemachine” takes off with 2 new cuts revealing a rather surprising (future)-pop-driven title song while the other song is more in the line of their gothic-electro style although revealing a refreshing sound production.

+ + + : Dorsetshire definitely was one of the most promising bands from the 90s German scene. To see this band getting back into business is a real positive thing. They also strike back with new ideas while getting us back to their two greatest hits. The best song remains the so-called “Gefecht Version” of “Strasse Der Verdamnis”, which is definitely close to the original edit. The title song is somewhat surprising because of the future-pop touch, but it’s an interesting track sung in English by Monaco X.

– – – : The original versions of “Strasse Der Verdamnis” and “Herzschlag” both are definitely more consistent and convincing than the ‘new’ versions. I think they’re missing power and the original ‘rough’ 90s touch.

Conclusion: Dorsetshire got an instant success at their debut and became a recognized band during the 90s thanks to a few great underground hits. Back to life after nearly 20 years of absence is not an easy thing, but let’s see what they’ll do next. I’m not totally convinced about this resurrection, but I need more new songs to get an opinion.