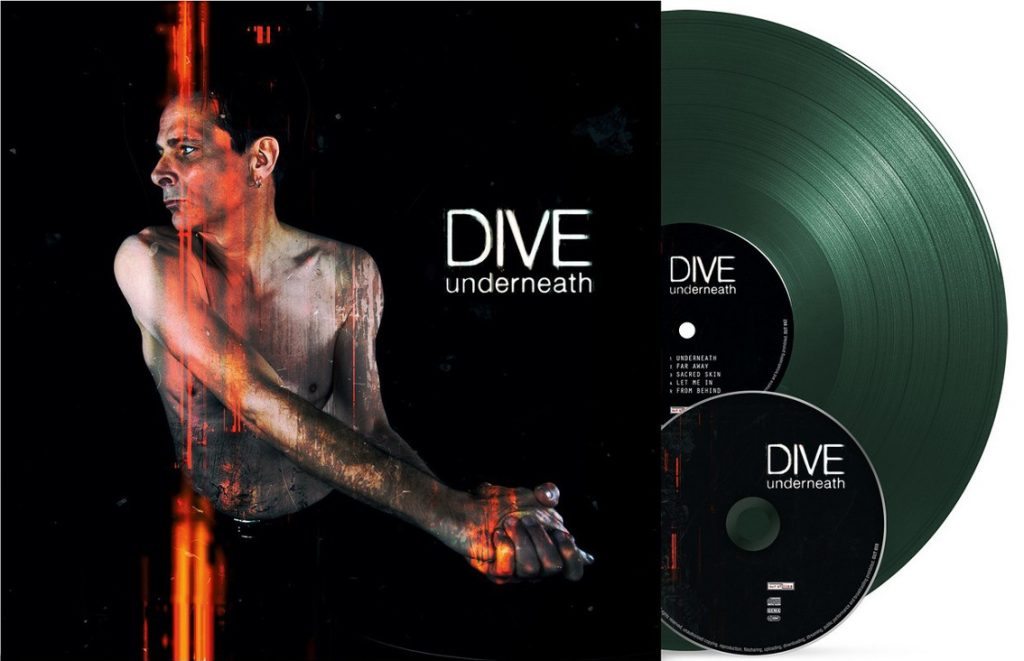 Belgian electronic pioneer Dirk Ivens returns with a new album of his Dive project: “Underneath”. The release comes after a hiatus of more than a decade.

For the new album, Ivens has again teamed up with Ivan Iusco (who he worked with on “Concrete Jungle”) and Rafael M. Espinosa (his collaborator on “Behind The Sun”).

“Underneath” is released on CD and as a limited LP edition in classy dark green vinyl, containing the CD in a slip case as bonus. You can order the sets right here.