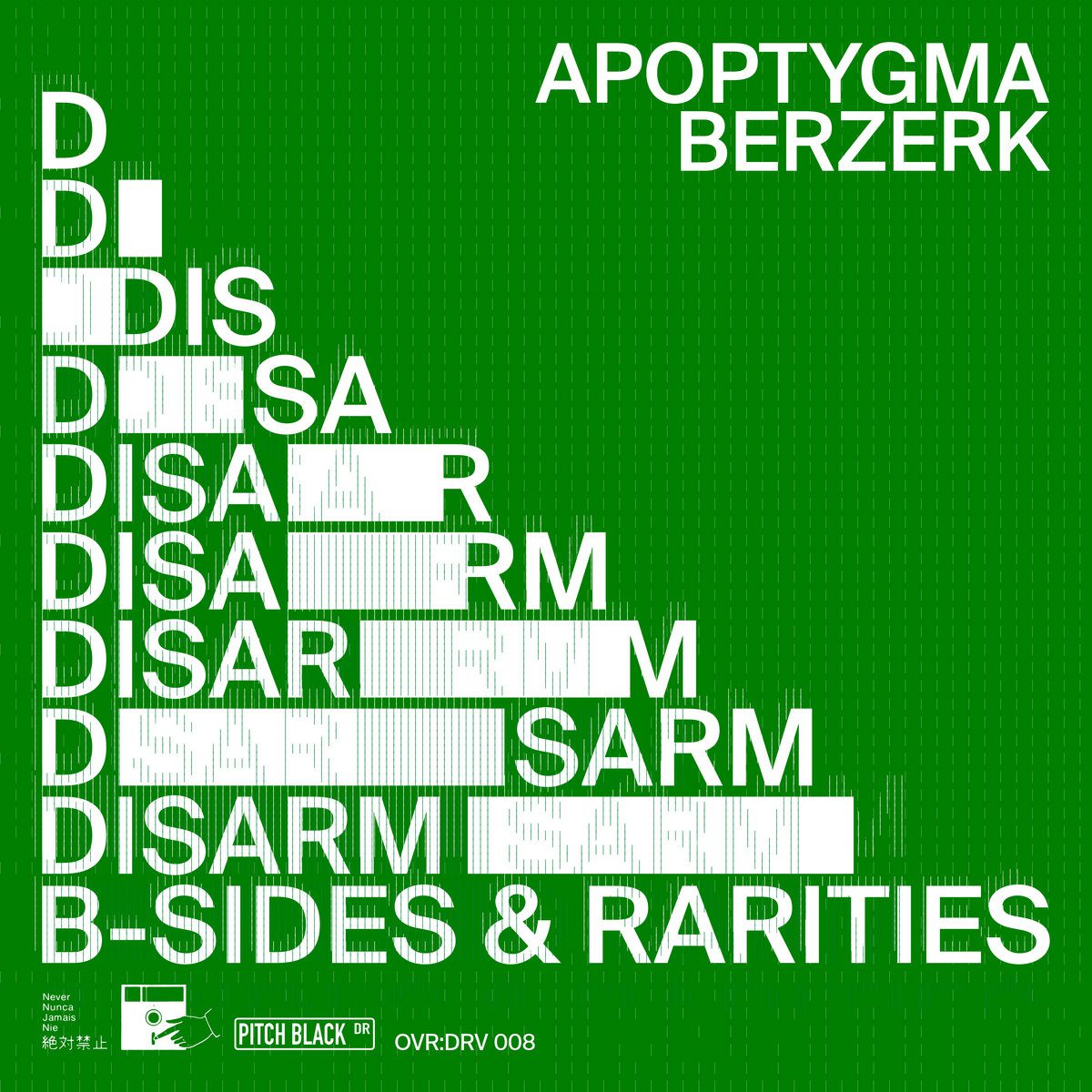 (By our Norwegian correspondent Jan Ronald Stange. Cover art by Halvor Bodin)
Exactly a month after the previous release ‘Faceless fear‘, Apoptygma Berzerk and Pitch Black Drive Productions followed up on May 1st with another digital compilation, ‘Disarm – A collection of B-Sides & Rarities’. In a busy time working on several projects Stephan Groth found time to elaborate on this release and more, and there’s even releases from his side projects in the pipeline!

Side-Line: The ‘Disarm’ compilation – any major differences as a concept from ‘Faceless Fear’?

Stephan Groth: It is basically the same concept, and a follow up to “Faceless Fear”. We are making rare APOP tracks available on all digital platforms, including the Pitch Black Drive Bandcamp page. We have so many B-sides, rare remixes and even unreleased versions of APOP songs lying around. A while back Per Aksel and I started to compile them and put them together in an album format. Because of the corona virus situation, we finally found the time to realize the project, and we are already working on Vol. 3! 😉

S-L: ‘Kathy’s Song – Litteraturhuset versjon’ is one of the more unexpected tracks here, and as I was present myself the first time it was performed I found it very surprising and pleasing seeing it on the track list. 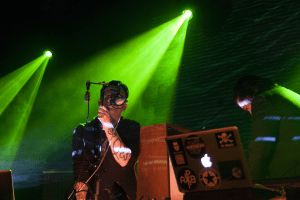 STP: Yes, the ‘Litteraturhuset versjon’ of ‘Kathy’s Song’ is extremely rare! The song was only performed live once at a very exclusive show in Fredrikstad called “Menneske/Maskin/Musikk”, a concert we did playing only Kraftwerk songs as well as APOP songs in Kraftwerk’ish versions. The ‘Litteraturhuset versjon’ is not a live recording from that show though, but a touched up version of the rehearsal track that Jonas and I would rehearse to before the show.

S-L: The track ‘Disarm’ – never released before, right? Ever played it live?

STP: Correct, it was never released and never played live before.
It was supposed to have been put out many years ago but for some reason it just never happened. So, now was a good time to let people hear it, and the feedback has been great. It seems like people are really appreciating us doing this.

STP: Better than the original, well… I don’t think so, but thanks for the compliment 🙂
It is an amazing song by an amazing band, a song that was very important to me earlier in my life.
There are other versions of Disarm, yes, but I never got around to finish them. Alex Odden (Pegboard Nerds/Drugwar) made this mix years ago, and it only needed a little touch-up before it was ready to be released.

He is an extremely talented producer, someone I will be working more closely with in the future. We just revived our project DRUGWAR, something that you`ll hear more of on the ‘Nein Danke!’ EP, as we did a remix of the song ‘A Battle For The Crown’.

S-L: What’s up next? Lots of plans postponed due to the corona situation?

STP: I have quite a few projects in the works at the moment. I already mentioned Drugwar, and I am also working with Echo Image for some new releases as well as a very interesting project with Mortiis, who I am currently recording with. This project will definitely be on the more experimental side of the electronic music specter, and we will use elements of both bands broad palettes.

There will also be a follow-up EP to the recently digitally released ‘Before You Came Along’ CD-Maxi with Fairlight Children, consisting of previously unreleased mixes from back then, mixes that are way to good to be left on a shelf somewhere.

Now that ‘Rocket Science’ will be released on vinyl for the first time on the same date as the ‘Nein Danke!’ EP, we will also be working on getting ‘You And Me Against The World’ out on 2xLP, hopefully together with yet another brand new EP.
So, we’re not getting bored down here in FRXTA! 😉

Next out is the 12″ and CD of ‘Nein Danke!’ EP, preordering have started in Germany at Poponaut and Infrarot, in US/Canada at The Electric Fox, in Denmark at Braincorp, in Sweden at Hot Stuff, and finally: in Norway at Retro Vinyl in Sarpsborg (phone or e-mail only).
Meanwhile check out the teaser @ Bandcamp!