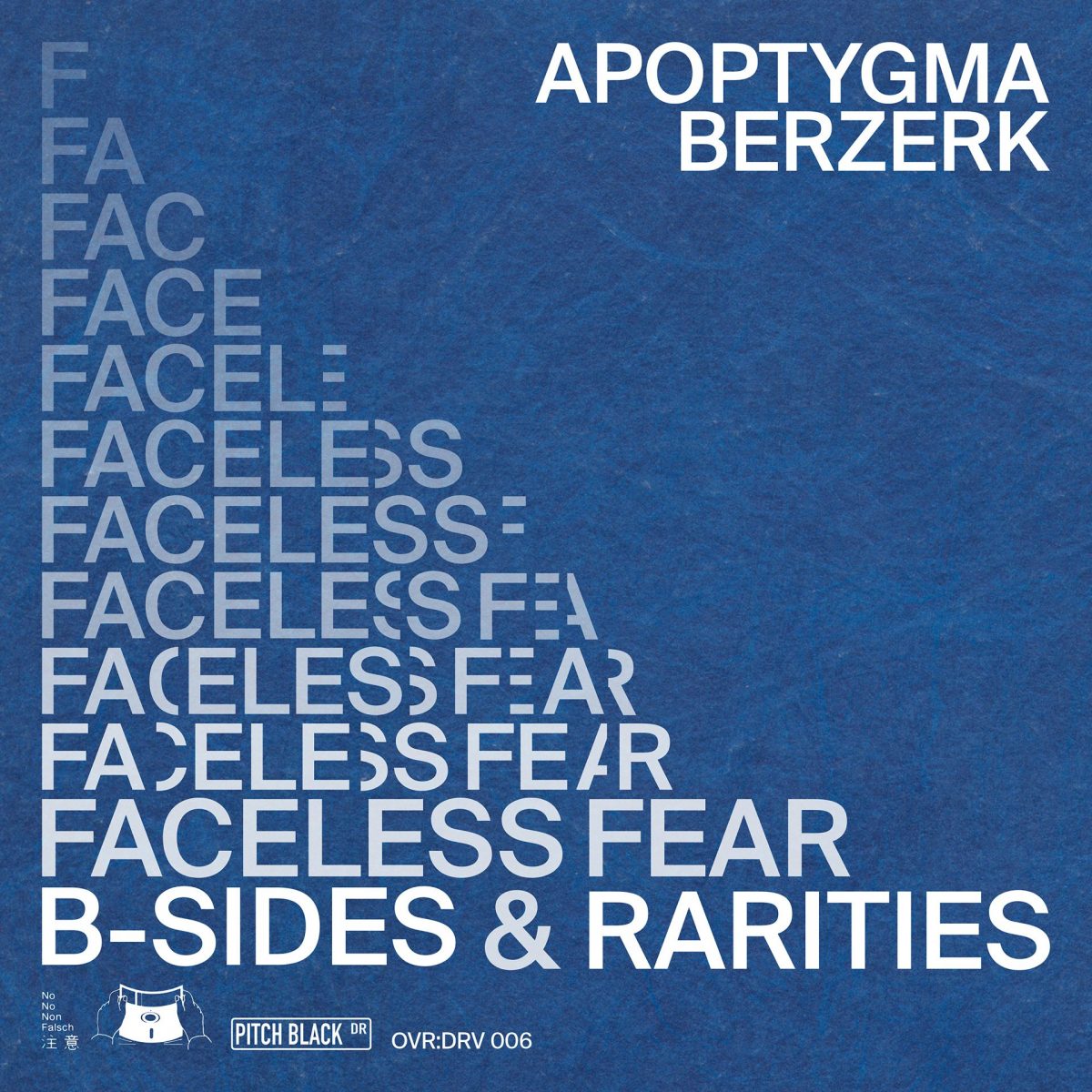 (By our Norwegian correspondent Jan Ronald Stange. Cover art by Halvor Bodin)
Barely a week before April 1st Apoptygma Berzerk and Pitch Black Drive Productions  announced the digital release of ‘Faceless Fear – A collection of B-Sides & Rarities’, and today we can all get it on lots of platforms!

The name was indeed in touch with the current state of the world – coincidence or not?! I managed to get some background from the henchman of Stephan Groth, the x-member still pushing various buttons: Per Aksel Lundgreen.

Side-Line: This release, or rather the title, seems very current – something you decided recently due to the corona crisis, or had it been named earlier?

S-L: So the ‘Nein Danke EP’ has been postponed then?!

PA: Nope, we just squeezed ‘Faceless Fear’ in between other releases. We’re worked long and hard to FINALLY finish the ‘Nein Danke EP’, and also the remastering and cover for the ‘Rocket Science’ LP release. After that we considered the three compilations, and what better title to start off with than ‘Faceless Fear’ in these corona times when most of the world is in a quarantined standstill? At the same time it’s good to present something exciting for the Apop fans these days, trying to be a relief from news and social media packed with fear and sad stories about dead music colleagues.

Get the collection on Bandcamp, iTunes or Amazon, and it’s a also available on Spotify, TIDAL, Deezer, Simfy, Slacker, 7-Digital and other platforms.