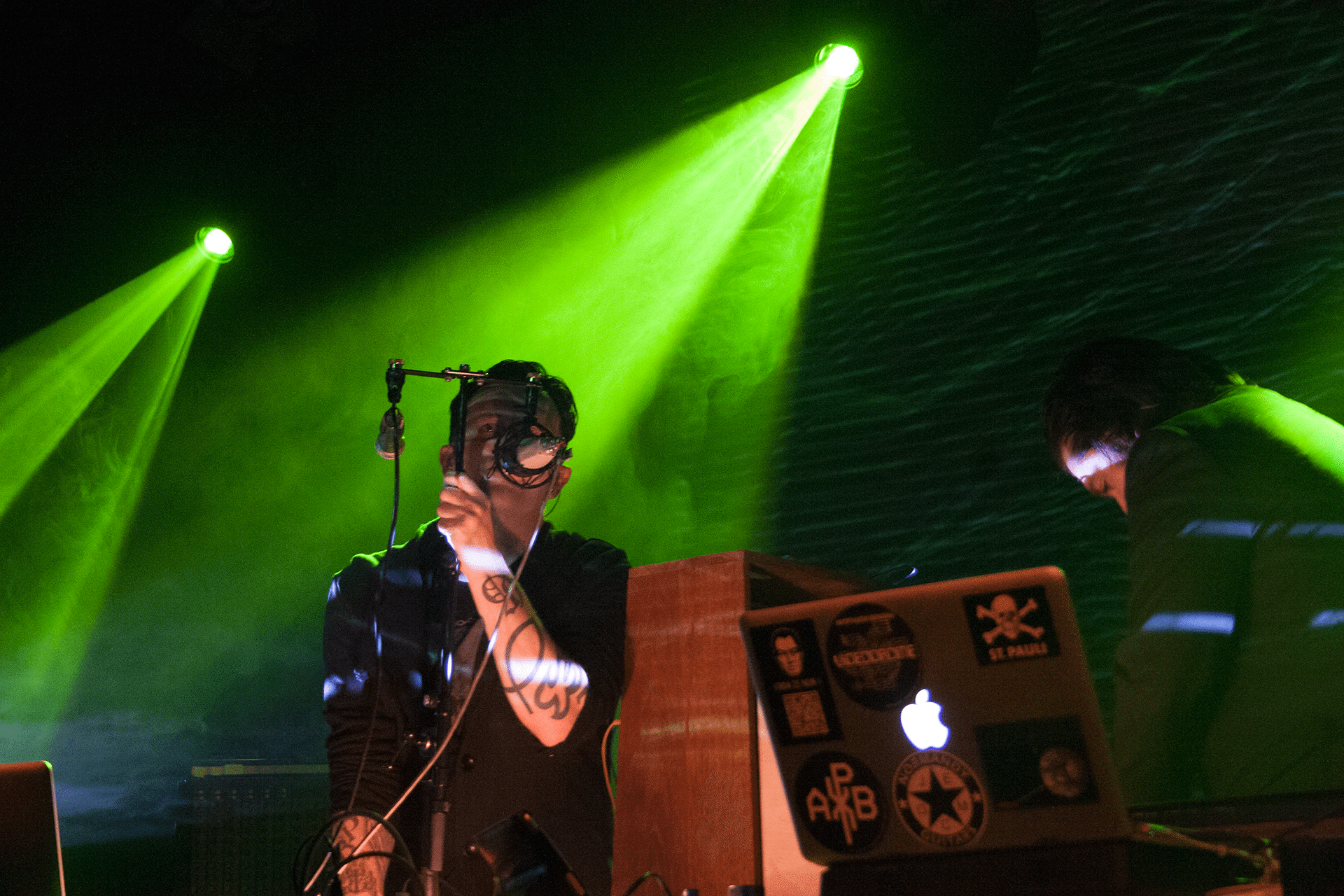 (By our Norwegian correspondent Jan Ronald Stange) In August we posted a story about an upcoming evening of Kraftwerk and Apoptygma Berzerk, and this actually turned out even better than imagined! Not only was the event in Fredrikstad a huge success, but the whole concept also expanded to the other side of the Oslofjord the night before, in the city of Drammen, headlined by x-Kraftwerk member Wolfgang Flür. 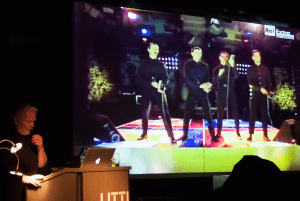 Common for both nights were Torgrim Eggen, a Norwegian author, journalist and musician. He started the evening with a lecture about German post-war electronic music in general and Kraftwerk in particular, played some songs and videos during the talk (including a segment from this 45 years old clip) , and topped it off with some personal anecdotes, especially this one from 1991 was brilliant:

Torgrim Eggen: “The magazine I was working for had sent in an interview request related to the Kraftwerk concert in Oslo, but had low expectations for success, even for a reply. At the time I had a land-line telephone with an answering machine, and the message I’d recorded was of course a snippet of Kraftwerk’s ‘The Telephone Call’. Then one day I came home and heard a rather special message: “Hello? This is Ralf Hütter from Kraftwerk… [long pause]  …on the telephone”! After the concert I ended up at a disco with Ralf and Florian, who actually danced like… robots. “ 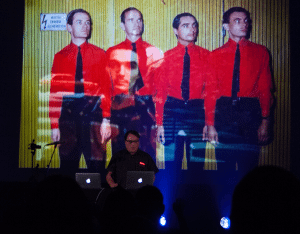 The Drammen event also had the local band Lüstwerk playing Kraftwerk songs, doing a fair act on drums, bass, guitar and synth, but could have rehearsed their German a bit better.

Finally Wolfgang Flür entered the stage, doing a DJ set with a big backdrop showing videos and stills from his long career as a “Musik soldat”. And by the choice of music and how he moved about on stage, no one would suspect that this was a 68 year old man – quite impressive! 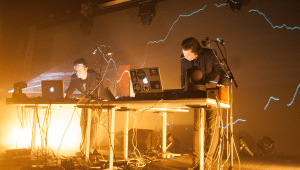 Saturday evening in Fredrikstad concluded with a highly anticipated Apoptygma Berzerk mini concert, the band for this occasion consisting of Stephan Groth, his brother Jonas, and lots of electronics. 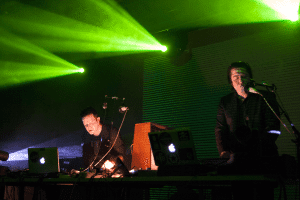 And the equipment was rather vintage too, as I was told when speaking to Stephan after the concert.

STP: “…we were actually  a bit nervous, after the sound check I had to go home and do some soldering to fix a few technical problems.”

For the nerds… eh, especially interested – on stage they had:  Roland VP-330, Roland SH-101, Roland Juno 60, Vermona DRM1, EMS Vocoder, Moog Source and a modular synth with ‘Oakley Sound Systems’ and ‘Analogue Systems’ modules. And also 2 Apple laptops with Cubase and Mainstage software. And it’ll be used more, as Apoptygma Berzerk plans to release another 12”, then an album with all the tracks from the three 12” EPs!  (More about the previous 12” here)

We’ll end the wrap-up of this great weekend of Kraftwerk hoping there’ll be more events like this!

Since you’re here … … we have a small favour to ask. More people are reading Side-Line Magazine than ever but advertising revenues across the media are falling fast. And unlike many news organisations, we haven’t put up a paywall – we want to keep our journalism as open as we can. So you can see why we need to ask for your help. Side-Line’s independent journalism takes a lot of time, money and hard work to produce. But we do it because we want to push the artists we like and who are equally fighting to survive. If everyone who reads our reporting, who likes it, helps fund it, our future would be much more secure. For as little as 5 US$, you can support Side-Line Magazine – and it only takes a minute. Thank you. The donations are safely powered by Paypal.
Tags: Apoptygma Berzerk, Drammen, Fredrikstad, Kraftwerk, Torgrim Eggen, Wolfgang Flür