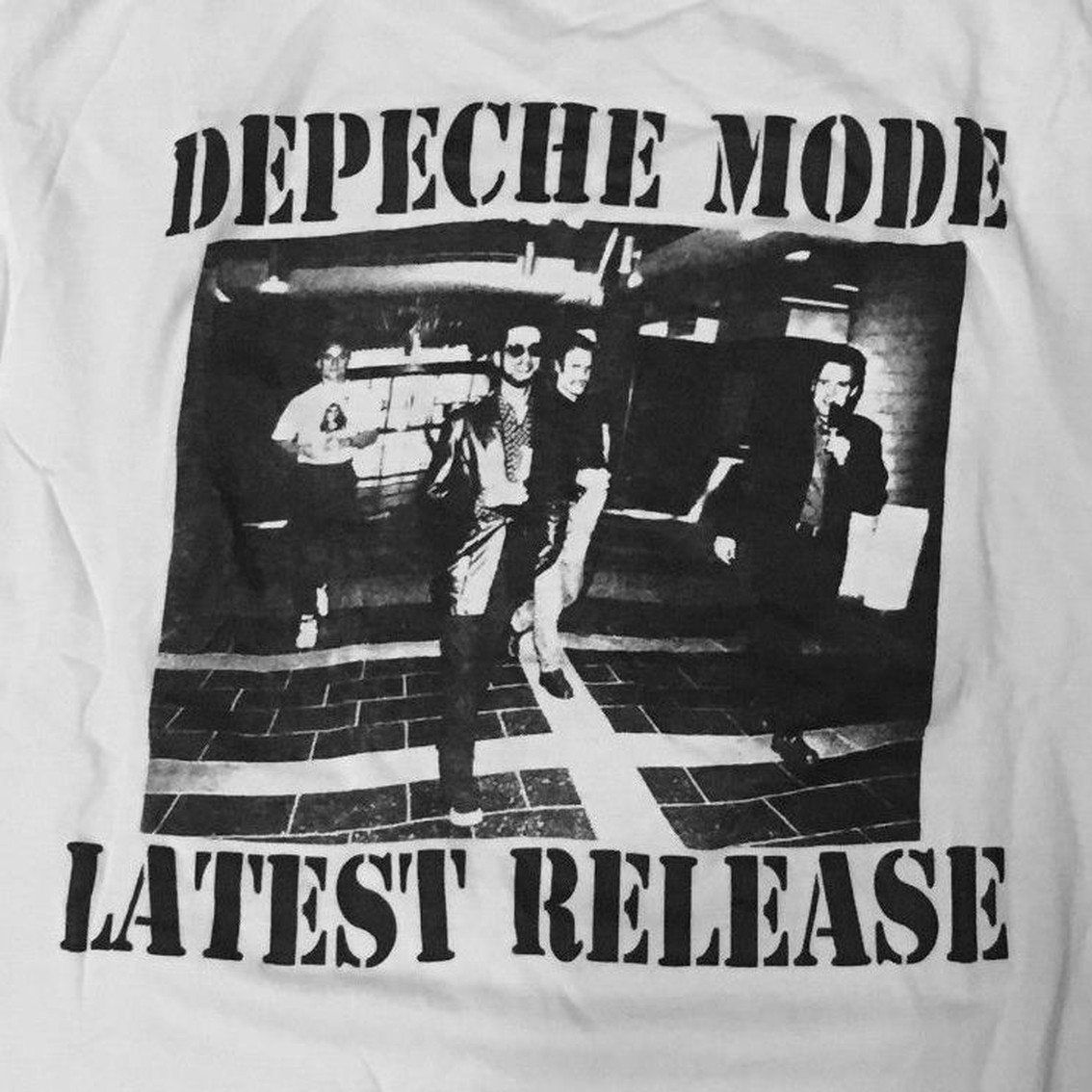 The picture shows a shirt featuring Depeche Mode’s Dave Gahan, tour manager Jonathan Kessler and Martin Gore’s security Darrell Ives, following Gahan’s arrest for a disturbance at the hotel they were staying at. The incident took place in Quebec City, right at the start of the first USA leg of the Devotional tour. Gaian spent the night in jail, and this photo was taken by the press. These shirts were made to commemorate the event and given to crew members only so it wasn’t exactly mass produced.

Daryl Bamontes tour diary back then included this: “September 6th, Quebec: Did a rehearsal tonight and we have the opening night of the North American tour tomorrow night. The hotel sent us a memo today (in french). Kessler translated it. It basically said that all power in the hotel would be cut between 5am due to work being carried out. Couldn’t they have let us known when we booked the room 3 weeks ago? The memo also said that extra “stuff” would be provided to “assist” guests to their rooms in the darkness. What this should have said was: “Several large, fat, ugly, stupid off-duty policemen will shine industrial strength flashlights in your face whilst hurking obscenities at you in French, therefore implying that you have no right to be in the hotel and so giving them every right to deny you access to the rooms that you have paid a lot of money for. “signed The Management” As you can imagine, a melee ensued, and Dave bumped into one of them. I’m sitting writing this in the waiting room of the local nick as Kessler tries to get David and Darrell Ives (Head of Security) out on bail. One of the band is in jail and we haven’t even done a gig yet!” 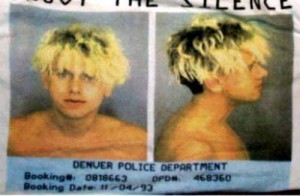 And the journal post continues by saying: “September 7th, Quebec: Went to court with Dave today. All charges were dropped. We were so happy we bought ice lollies on the way out of the courthouse and appeared on the front cover of the local newspaper eating them. You’ve gotta laugh, aint ya? Dave did a very good show tonight, considering he had done some bird bang to rights.”

Thanks to Dennis for getting this item re-surfaced.

Note that Martin Gore would get arrested later on in Denver, which also deserved him a crew-only T-shirt, including his mugshot and the text “Enjoy The Silence”. See the detail on the left.