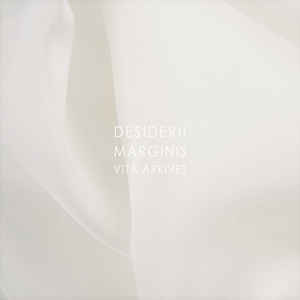 Background/Info: Active since 1993, Desiderii Marginis (Johan Levin) can look back at an impressive discography, which started during the golden years of Cold Meat Industry. The Swedish artist now strikes back with a new album on Cyclic Law.

Content: Desiderii Marginis always has dealt with the darkest tones and most disturbing atmospheres. This new sonic travel doesn’t sound that different and invites the listener to join in for icy tones, humming voices, epic blasts, mysterious voices, and also fine noises. The work features 5 tracks, which you feel progressively growing.

+ + + : Dark-ambient music can also have something very intimate, getting you the feeling to penetrate in a secret and very personal universe of the artist. That’s precisely what I felt listening to “Vita Arkivet”. The composition gives me the impression of an imaginary spider web where the music is getting imprisoned. The obscure atmosphere has a strong visual appeal. This album stands for a truly sound chemistry, which  reaches a climax on “Capsule” and “Eulogy”.

– – – : There’s no real diversity between the tracks; you get the impression that you are  listening to one single cut made of 5 chapters.

Conclusion: Desiderii Marginis confirms great composing skills and this particular taste and talent to accomplish a poignant work, which is here accentuated by some epic blasts and arrangements.