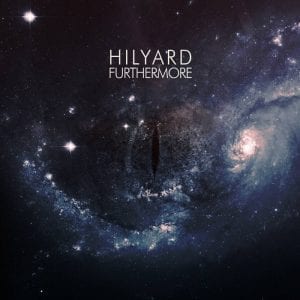 Background/Info: American solo project Hilyard (Bryan Hilyard) has already released several productions, but this new work is his first solo-album released on Cryo Chamber (he previously released the “Alpine Respire”-album together with ProtoU).

Content: The sonic of universe featured at this album is a rather familiar ambient experience, creating a sonic bridge between soundscape and dark-ambient music. The dark atmospheres are rather quiet, but definitely hostile. You feel like you are surfing on a dense, dark sound-wave where little noises are constantly emerging at the surface.

+ + + : “Furthermore” has something monotonous and inhibited; it’s composed with low sound resonations creating an intriguing and mysterious atmosphere. I can’t say that the album has been composed with an impressive canvas of sounds, but the power and efficiency emerge from numerous little fragments and details. This work has something paranoiac; like the impression ‘big brother’ is watching you.

– – – : The monotony of the work makes its strength, but also its only weakness. But that’s what you often will experience with these kinds of productions dealing with soundscape-inspired work. Speaking for myself I think a little bit more diversity would have made this work fully successful.

Conclusion: “Furthermore” is an enjoyable album giving me goosebumps, but I think there’s more potential in this work than what came out.