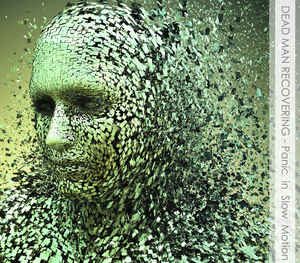 Background/Info: Kenneth Larsen was born in Denmark, but based in Malmö (Sweden). Active as Dead Man Recovering you might have discovered this artist by the digital EP “Pleasure” released last year on Conzoom Records. The debut full length album has been released on Space Race Records and features 12 songs.

Content: “Panic In Slow Motion” is a sweet sounding electro-pop work, which might remind now and then of Depeche Mode. Some songs made me think to a kind of pop-ballad style, which is maybe accentuated by the guitar playing. The songs are pretty similar with “Time” as single track revealing a bit more power (through the kick) and passion (in the vocals).

+ + + : Dead Man Recovering is a project that might please electro-pop lovers, which are more into ‘easy listening’ music. There’s a kind of sensibility supporting the songs, which sometimes remind me a bit of Depeche Mode.

– – – : I have to admit this is the first release from the Space Race Records roster, which can’t convince me. The songs are quite similar and rapidly stagnating into monotony. I’m also missing some real passion in the vocal parts while there’s no real climax in the music as well.

Conclusion: “Panic In Slow Motion” is not what I would call a successful debut for Dead Man Recovering. I’m missing some elaboration in the writing and passion in the vocals!