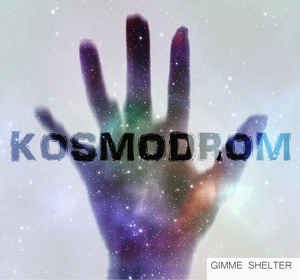 Background/Info: Two years after their successful debut album “Warnemünde” the German Gimme Shelter strikes back with a new opus.

Content: This band remains driven by the creative force of electro-pop music with some extra, powerful EBM elements on top. The solid bass lines have been joined by danceable kicks and a melodic leads. Some passages are somewhat elevating. Some of the vocals are sung in English and some in their mother tongue.

Globally speaking I would say that the EBM influences were more noticeable on their previous work.

+ + + : Gimme Shelter confirms the potential they revealed on the debut album. This band is not into innovation, but doesn’t sound like a copyist. They’ve created their own body-pop sound, which is based upon a well-crafted production. There are several cool cuts running through this work and maybe one potential hit entitled “Keep Your Secret”. I also recommend the instrumental “Gagarin I” featuring cool spoken samplings instead of vocals.

– – – : The body-pop style definitely is their strongest component while a few cuts, which are more into ‘traditional’ electro-pop left me a bit skeptical.

Conclusion: Gimme Shelter is maybe not the ‘big’ name among the electro-pop bands, but they again confirm to have a real talent to compose well-crafted and efficient songs. I think they’re one of the best bands from the Space Race Records roster.