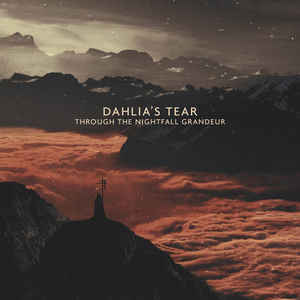 Content: This opus is a perfect mix between dark-ambient- and cinematographic music. Both together create an intimate atmosphere, which however dark has something dreamy-like. But quite progressively the tracks are becoming more overwhelming and more anguishing. Some spoken samplings are empowering the paranoiac atmosphere supporting some passages.

+ + + : “Through The Nightfall Grandeur” has something inhibited. It feels like opposite elements are coming together in a freaky, tormented sonic trip. The tracks have been accomplished with a real finesse illustrated by piano treatments and other subtle noises you better can hear when using headphones. The melancholia of the piano-like parts also injects something authentic to this album.

– – – : The work is a pleasant voyage throughout dark territories, but it all sounds a bit similar after a while.

Conclusion: What I especially will keep in mind from this album is the refined sound treatments. Dark-ambient music can be not only tormented, but also refined in its composition.

Best songs: “Drowning In Delusions Of Grandeur”, “The Keeper Of Broken Dreams And Tattered Spirits”, “The Frozen echoes Of The Endless Moor”.