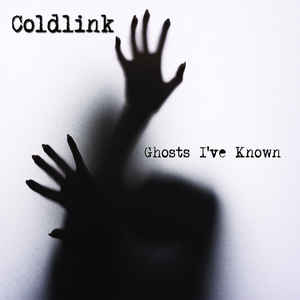 Background/Info: Coldlink is a new EBM project set up by ex-Filament 38 singer Rob Armstrong and keyboardist Shawn McNoldy. “Ghosts I’ve Known” is the official debut work from this duo. It’s a more a kind of mini-album featuring 6 songs plus 3 remixes.

Content: the band claims to be inspired by bands like Nitzer Ebb and NIN. The EBM inspiration is rapidly noticeable and sounds rather dark and cold. The rough vocals accentuate the dark side of the work.

There’s some diversity between the 6 songs accomplished by Coldlink. The sound is not only into an EBM-driven approach, but also features wafting synth passages getting the work a bit softer.

Remixes have been accomplished by Textbeak, Digital Geist and label mate Diverje.

+ + + : Coldlink clearly doesn’t reinvent EBM standards, but this EP is a successful debut. Next to the alluring title song, which is a perfect way to start off, I also like “W1tchvnt” for its great and menacing bass line plus “Disappear Tomorrow” for the cool sound treatments. Coldlink is not a new ‘copyist’, but a formation inspired by EBM and trying to create a unique sound in the genre.

The remixes are cool although I have a little preference for the “Shelter Remix” of the title song by Textbeak.

– – – : I’m less convinced by the ‘softer’ parts on this EP. They inject some variation in the tracklist, but Coldlink clearly has a stronger ‘hard EBM’ potential.

Conclusion: Coldlink clearly has not the pretension to reinvent EBM. It’s just an honest debut production from a band with an interesting approach. So let’s keep an eye on this band.