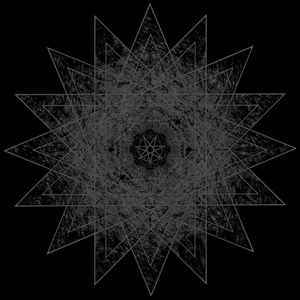 Background/Info: Black Earth is a Spanish trio dealing with influences of death-industrial, black-noise and a few metal ingredients. They last year released the cassette “A Cryptic Howl Of Morbid Truth” on Graceless Recordings and now made their first steps on CD format. The EP is also available on cassette format, which has been released on In Solace Publishing.

Content: The EP features 3 cuts, which directly invites the listener to embark for a furious sonic travel. Distorted noises and ghost-like vocals with some heavy, misty guitar parts on top welcome you. You’ll progressively guided towards a pure sonic mayhem of noises and drones.

After a softer second cut you’ll have to endure a merciless final assault, which will finally bring you to a true sonic climax constructed with dense noise structures.

+ + + : “Diagrams Of A Hidden Order” is a record you have to listen to a few times before catching the impressive noise layers. The result is a real sonic bomb reducing classical music standards to dust. There’s a perfect balance between the tortured noise layers and guitar parts. The final track “To Cloak A Nebulous Sun” is a pure sonic aggression ending into a pure apotheosis.

– – – : I was not as convinced by the second cut “Upon Labyrinths Of Broken Mirrors”, which sounds rather soft and sober compared to both other cuts.

Conclusion: Spain is starting a new crusade by noise terrorists that will bring you down on your knees. This is a merciless raid that will make many victims.

Since you’re here … … we have a small favour to ask. More people are reading Side-Line Magazine than ever but advertising revenues across the media are falling fast. And unlike many news organisations, we haven’t put up a paywall – we want to keep our journalism as open as we can. So you can see why we need to ask for your help. Side-Line’s independent journalism takes a lot of time, money and hard work to produce. But we do it because we want to push the artists we like and who are equally fighting to survive. If everyone who reads our reporting, who likes it, helps fund it, our future would be much more secure. For as little as 5 US$, you can support Side-Line Magazine – and it only takes a minute. Thank you. The donations are safely powered by Paypal.
Tags: Black Earth, Mayhem