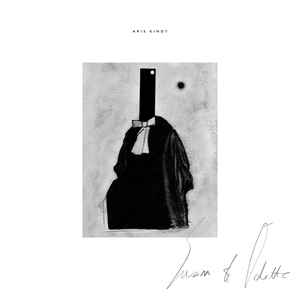 Background/Info: Aris Kindt was set up by American duo Francis Harris and Gabe Hedrick. This second work of Aris Kindt has been released on vinyl- and digital format. The title of the album is about characters from the novel “A La Recherche Du Temps Perdu” written by Marcel Proust.

Content: It is always something fascinating to discover a somewhat conceptual subject like the novel of Proust transposed into music. It’s hard to imagine Marcel Proust hiding behind an ambient voyage of electronics, astral bleeps, experimental noises and lounge passages. That’s the sound universe created by Aris Kindt, which also features passages with whispering voices plus deep and resonating sound waves.

+ + + : Aris Kindt has achieved a beautiful creation, which reflects a prosper atmosphere with a strong visual appeal. I especially like some of the vibrating, low sound sculptures moving into a kind of delicious lounge style. There are a few great cuts featured here.

– – – : Next to a few highly recommended cuts the album also reveals some monotonous parts without a real climax and somewhat undermining the magic of the best tracks.

Conclusion: “Swann And Odette” is an imaginary voyage revealing a sonic landscape, which I especially recommend for a few essential tracks.