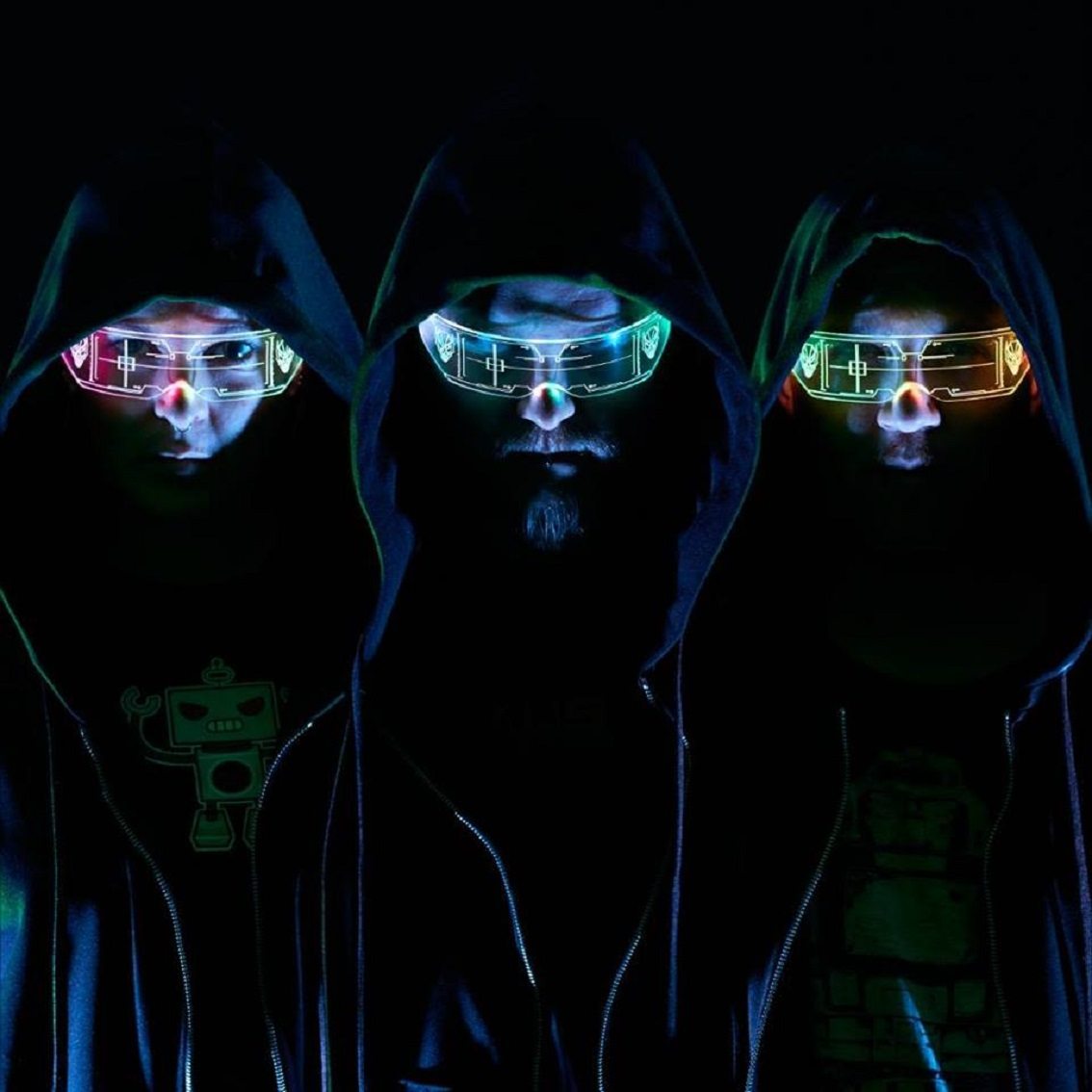 Bjørn Marius Borg and Hasse Mattsson were previously involved with Code 64. They in 2013 set up a new formation called Xenturion Prime and rapidly released a debut EP entitled “Rise” on Progress Productions. They next went on releasing the debut album “Mecha Rising” in 2014. The Swedish duo finally became a trio for their newest opus released in 2017 entitled “Humanity Plus”. This is a noticeable and artistic piece of space-like electro-pop music mixed with some EBM elements and cinematographic passages. It definitely was one of the most creative- and simply best electronic albums from 2017.

Q: What do you keep in mind from your involvement with Code 64 and how did the move happened towards this new band?

Xenturion Prime: Xenturion Prime is in many ways a continuation of the vision we had for Code 64, but it didn’t feel right to keep that name as it was just one of the original members (Hasse) who left. The positive thing about starting with a fresh, new band name back in 2013 was that we could revamp the sound completely and just be creative. But if you listen to the last Code 64 single “Accelerate” it pretty much sounds like Xenturion Prime! “Accelerate” became the template for our first album “Mecha Rising”.

Q: You’ve now released your second album. Which elements from “Mecha Rising” did you hold on and what did you try to improve, maybe introduce at “Humanity Plus”?

Xenturion Prime: We simply took what we felt were the best elements of “Mecha Rising” and made them better on “Humanity Plus”. We developed a core sound for the band on the first album, and refined it for the second one. Of course, getting Cathrine on board greatly expanded the sound, and made it easier and more fun to experiment with what we had. We try not to stay in the comfort zone, but instead challenge ourselves and improve our skills along the way.

Q: You mentioned Cathrine Räisänen Andersen, which I think is the girlfriend of Hasse Mattsson, right? How does it feel to get involved in a band with your girlfriend and what’s the impact of Cathrine on the new work?

Xenturion Prime: Yes, its true that Cathrine & Hasse are a couple. Having Cathrine in the band brings another dimension to the sound, especially with the vocals and on stage. It’s easier to complete our ideas, and there’s even more space for experimentation!

Q: It’s not that easy to define or label the sound of Xenturion Prime, but it clearly sounds as the fusion between multiple influences. How do you explain this diversity and do you’ve ‘limits’ you don’t want to trespass?

Xenturion Prime: Well, we half seriously call it ‘Powersynth’, but we haven’t really defined what that is. It’s definitely a fusion of many different elements and inspirations. We’re more interested in evolving as a band than to stay ‘pure’. It’s more fun this way! There are no fixed limits as long as we think it fits the sound.

Q: “Humanity Plus” sounds rather intriguing as album title. What’s hiding behind this title and in, which is the theme(s) featured in the artwork?

Xenturion Prime: “Humanity Plus” or “H+” is the abbreviation for Transhumanism, which inspired the artwork and music on the album. We are not involved in the Transhumanist movement, but it’s definitely something that interests us. Combine this with a love for all things sci-fi and futuristic, and you have the heart of Xenturion Prime in our current state!

Q: How do you transpose the Xenturion Prime sound on stage and what’s the importance of performing today?

Xenturion Prime: In our live shows we bring the epic sound from the studio to the stage with some extra visual and musical elements. The key word is energy!

With so much music being released and so many good bands out there, it’s more important to play live now than ever before so that we will be noticed among the masses. In other words: feel free to book us at contact@xenturionprime.com (laugh).