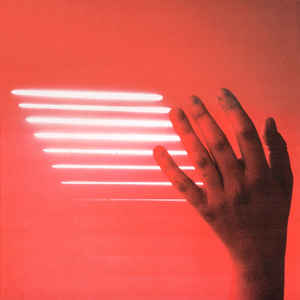 Background/Info: Set up in 2004 and falling into oblivion after some noticeable productions, this English formation struck back last year with a new single “Our Goal To Realise”. It sounded as pure shoegaze. And here they are again with a new EP featuring 3 songs.

Content: Except for the second song, which is a kind of B-side cut, and which sounds pure shoegaze-like, both tracks left reveal a different approach. It’s like Amusement Parks On Fire want to explore new sonic horizons, which are more rock-like and even rock-pop orientated.

The opening song even has something rock-ballad while the last cut is holding you in its grip for more than 12 minutes ending with an endless instrumental passage.

+ + + : What I especially like at this EP is the second cut “Temporal Rinse”. It’s an instrumental piece (at least there are no real vocals, properly speaking), which sounds dark and shoegaze-like. The title song is not my favorite one, but it has something sweet.

– – – : I got the impression this band has a bit lost of its original magic, shoegaze definitely remaining their best part. That’s why I’m not sure the title song is a real potential hit while the last song “Infernal Flame” has an endless and repetitive final part.

Conclusion: After the cool “All The New Ends”, this new production by Amusement Parks On Fire sounds a bit disappointing.