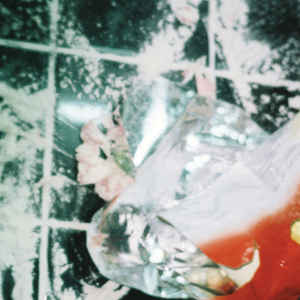 Background/Info: Swedish Shxcxchcxsh is already active for numerous years and gained a serious reputation at the wider fields of techno music. “Shulululu” is their latest EP, which has been released right before the new full length album “Oufoufof”.

Content: This project is not exactly dealing with classical techno formats. They each time seem to explore new sonic paths mixed with techno. While their previous album had something abstract and clearly techno-experimental, this new EP sounds more into dark and industrial fields. Some cuts are even flirting with power-noise. The debut tracks are the hardest ones while the final cuts are a little bit more evasive.

+ + + : What I especially like in the global evolution of techno- and industrial music is the crossover between both genres. Shxcxchcxsh remains mainly driven by techno vibes, but this 12” will bring industrial dancefloors on fire as well. The mix of styles has something visionary and that’s why I highly recommend this production to industrial freaks.

– – – : The tracks are somewhat similar and repetitive so in the end I’m missing a real highlight.

Conclusion: Even if this 12” is not the best production I’ve heard in industrial-techno it however is an interesting experiment.