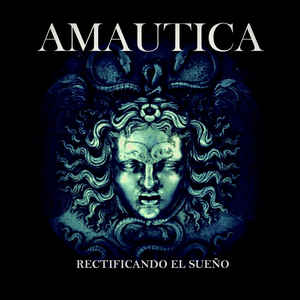 Background/Info: Amautica is an Argentinean formation that was set up in 2008. Most of their work was self-released while this new opus will give them the opportunity to reach a wider (European) audience. It also is the first new work released on the German label Sonorium since a couple of years now.

Content: Amautica moves somewhere in between dark-rock- and gothic music. The songs are moody and mainly characterized by Spanish vocals. It’s a rather typical guitar-rock exposure, which sometimes moves towards darker influences. The final track is somewhat harder and is a remix made by Frank Rothen from the German band Reactive Black. This song was originally released as EP-title cut in 2014.

+ + + : The most convincing element from this album is the deep, resonating bass. I also enjoyed a few guitar parts revealing some psychedelic expression. The somewhat harder sounding remix of “Alunizaje” by Frank Rothen is the most noticeable track although I also enjoyed the instrumental version. I think this is the kind of formation that will appeal to Spanish speaking rock fans. Last, but not least this band has a female drummer, which is rather rare in rock music.

– – – : This work couldn’t convince me for being too specific because of the Spanish vocals and the explicit rock exposure. I’m also missing real highlights. Most of the choruses remain pretty flat.

Conclusion: This is an album you’re going to like or not! I can imagine this is the kind of formation getting recognition in their homeland and maybe other countries from South-America, but this work left me skeptical and definitely not convinced.