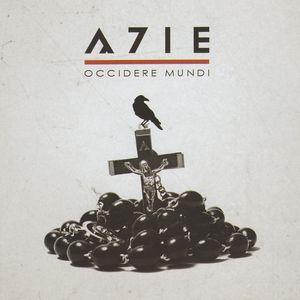 Background/Info: The French A7IE is back on track unleashing a new album after a few years of silence. Gyom took his time to accomplish this new opus revealing 10 new cuts from the French master of (h)el(l)ectro.

Content: A7IE sometimes reminds me to early Acylum for a similar tormented kind of dark-electro music. A7IE is much more than simply dark-electronic music. There’s a kind of horror-like atmosphere coming through while some samplings dealing with such themes can be noticed.

Some of the opening cuts are pretty hard and merciless, but the album progressively starts to explore slower parts. The global mood recovering the work remains obscure and sick so I guess it’s not that of a coincidence if A7IE defines its sound as ‘sick music for sick people’. That’s precisely the kind of suffocating feeling that you’ll experience. A few elements remind me to Suicide Commando. Lyrical wise the song “A Dream Within A Dream” was taken from the work of Edgar Allan Poe.

+ + + : There’re a few outstanding and irresistible cuts featured at “Occidere Mundi”, which are the hardest and merciless cuts.

– – – : The ‘softer’ songs reveal an interesting haunting side although they can’t totally convince me for being not entirely accomplished.

Conclusion: A7IE is a band I’ve always liked and this new opus again reveals a few dark-electro pearls although I can’t get away from the feeling that we might expect a bit more from a 5th studio work!