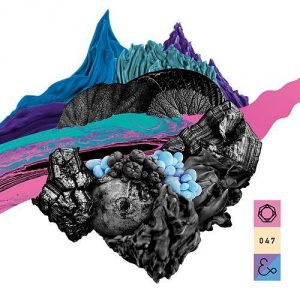 Background/Info: Set up in 2001 by Swedish duo Peter Engström – Sebastian Rutgersson, 047 has released several albums. This newest opus is their first album since 2011 and has been released on vinyl- and digital format. 047 have been also described as chip-bit pop, which refers to the use of chiptunes.

Content: The particularity of this work is that 047 invited guest singers. The ten songs are featuring 10 different male and female singers. The sound is pretty synth-pop driven, but still into dance music. It’s an evasive work mainly dominated by beautiful and sensual female vocals. Some cuts are reminding me of Delerium, but 047 moves much more on the edge of commercial music.

+ + + : The least I can say is that this band realized a true tour de force assembling great singers. I have a preference for the female artists, but I also noticed a few sexy male vocals. “&” is an album that’s going to make you dance and dream away. The evasive character of the songs has a relaxing effect while the sensual vocals feel like a caress for the ears. Even if the sound has something ‘commercial’-like it also reveals a creative way of working. The global production is absolutely outstanding.

– – – : Some more commercial-like pieces are not exactly my favorites. This album is maybe missing a real hit and/or some clubby remixes. That could be an idea for an EP!

Conclusion: 047 sounds a bit enigmatic while the title is simply symbolic and/or cryptic. No doubt about it, 047 has something of an intriguing effect while the sound will definitely ravish electro-pop & dance lovers.