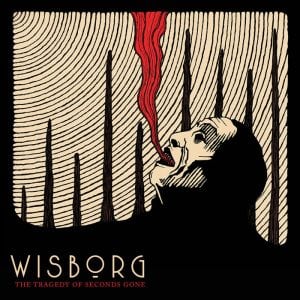 Background/Info: Set up in 2017, German duo Konstantin Michaely – Nikolas Eckstein joined hands together with Danse Macabre to unleash their debut album. The album has been described as ‘something between The Sisters Of Mercy, Type O Negative and Depeche Mode with a very unique and modern touch’.

Content: This debut opus is a rather eclectic piece of music. The songs are moving from dark and moody guitar playing towards harder cuts. The work also features passages with explicit electronic treatments. The vocals were sung with a deep timbre of voice while revealing some emotional passages.

+ + + : The diversity of the work makes the album pretty interesting and especially because Wisborg feels comfortable experimenting with different influences. I like their moody songs, but still the harder cuts are worthy of examination. “Becoming Caligari” is a real cool song illustrating the power of the band. I also enjoyed “The Sick Rose”, which is more electro-wise, but still merged with guitar. The vocals are captivating because of the deep, growling timbre of voice and the passion, which has been put in it. This album is getting real positive reactions in Germany, which I think is quite understandable when you’ve heard this opus.

– – – : Despite of a few real cool songs, the album also features a few less inspired and less convincing cuts. The piano-driven last and instrumental song is one of these cuts I’ll quickly forget.

Conclusion: Wisborg has accomplished a promising debut album. I’m not that convinced as the German audience although it’s interesting to see how this band will evolve.