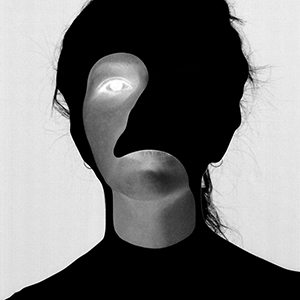 Content: VOWWS presents 11 dark, doomy, dreamy, cinematic and mysterious tracks as a first full length release on the band’s own label, Anti-Language Records. The contrast in the songs between the low voice of Matt and the higher voice of Rizz sounds very good and is in perfect harmony. Matt is a very talented guitarist and singer while Rizz will take your mind away with her amazing voice and keyboards. Opener “You Never Knew”, followed by second single “ESSEFF” are both hypnotic uptempo tracks, full of great western/surf rock guitar-riffs. The melodic chorus in “One Or The Other”, sang by Rizz sounds really amazing. “Burn” and “Structure Of Love” are more downtempo songs, while “Wild Wind”, “Agents Of Harmony” and “Inside Out” especially show the cohesion and chemistry between the voices of Matt and Rizz. “Forget Your Finery” was the first single taken from this album, that was recorded in the New York studio of mentor Kevin S. McMahon (Swans) and produced by the band itself. “Charm And Demand” has a very chaotic chorus full of screaming voices a bit in the style of Marilyn Manson. Last song “Game” functions as a perfect calm outro for this great album, that could have been a perfect soundtrack for a film noir produced by David Lynch or Quentin Tarantino.

+ + + : Expect a very good working combination of melodious and catchy pop and surf rock (classic western), with haunting and seducing alternative and electronic elements that create a special compelling atmosphere.

– – – : This second album has more guitars and less electronic music than the previous one on it.

Conclusion: “Under The World” continues where “The Great Sun” stopped and is for sure one of the highlights of 2018! This unique band absolutely deserves to be much more known and should be checked out right away! The album is available as download, on cd and on vinyl.