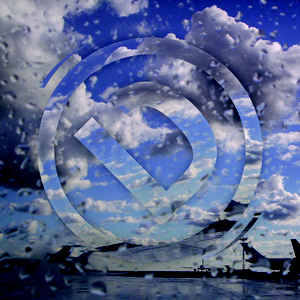 Background/Info: Lie Detector is a Russian duo led by a charismatic singer who’s also a film actor. I noticed the band already released an EP back in 2012, but this double album is their official debut full length featuring a disc sung in Russian and the other disc sung in English. Notice by the way this album was already released one year ago now, but I think it really deserves some interest.

Content: Lie Detector is the kind of band that will please the international electro-pop community. The songs are well-crafted and reflecting a real great maturity. The songs feature all ingredients you expect when listening to electro-pop; catchy sequences, melodic choruses, solid bass lines, danceable vibes and alluring vocals. Some cuts feature guitar riffs while other songs have been refined with piano arrangements.

The second disc features 14 more songs sung in English. It’s an opportunity to rediscover some tracks with English vocals, but still other cuts originally sung in English. This disc is more accessible for the ‘international’ community and a real great strategy to get a wider audience. But this disc is also more diversified revealing psychedelic passages and d even a cover version of The Assembly’s “Never Never”.

+ + + : All I can say is that Lie Detector is in my opinion one of the most talented and promising electro-pop bands I’ve ever heard from Russia. They aren’t exactly reinventing the genre, but the maturity and impressive production skills this album has been made of is simply amazing. But the album is not just featuring electro-pop songs; I also like the varied approach revealing other influences like harder EBM elements and psychedelic passages. From great retro-electro-pop towards pop-trance this album has a huge potential. I already liked the Russian disc, but the English disc will definitely appeal for a wider international recognition.

– – – : The Russian disc is mainly meant to please their homeland and it’s quite fascinating to see how language can have a wider impact. I think this band can still improve a little details of the production, but it’s not really meant as a criticism.

Conclusion: Lie Detector has accomplished a fascinating opus, which brings less innovation although reflects a truly passion for electro-pop. This is a band you really have to discover while “..To Fly!” is without a shadow of a doubt one of the best releases I’ve heard on ScentAir Records.

Since you’re here … … we have a small favour to ask. More people are reading Side-Line Magazine than ever but advertising revenues across the media are falling fast. And unlike many news organisations, we haven’t put up a paywall – we want to keep our journalism as open as we can. So you can see why we need to ask for your help. Side-Line’s independent journalism takes a lot of time, money and hard work to produce. But we do it because we want to push the artists we like and who are equally fighting to survive. If everyone who reads our reporting, who likes it, helps fund it, our future would be much more secure. For as little as 5 US$, you can support Side-Line Magazine – and it only takes a minute. Thank you. The donations are safely powered by Paypal.
Tags: EBM, Lie Detector, Russia