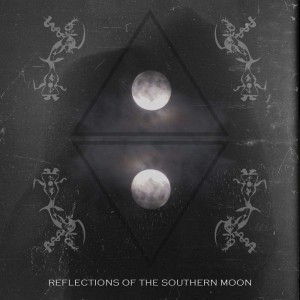 Background/Info: Werkstatt Recordings is a small and independent Greek label active since 2009. Kriistal Ann definitely is the most famous artist of the label, but I also have to mention one of her side-projects Paradox Obscur while the label owner’s own band Beatbox Machinery is another familiar name. This compilation is a perfect opportunity to get a bit more familiar with the independent label. Seven bands have been selected each featuring  two songs.

Content: The featured bands move from EBM elements into dark and minimal pop, to electro-wave and pop. There clearly is a fascination for vintage electronic music, but the common element between all of the bands is their pure underground addiction. We don’t get famous bands with ultra professional productions, but a fascinating underground sound that will appeal to lovers of retro electro sounds.

+ + + : Kriistal Ann and Paradox Obscur both are for sure the most mature and ‘advanced’ formations, which will remind you of late 80s music. Kriistal Ann has a unique timbre of voice, which sometimes reminds me of Kirlian Camera. Another interesting band is Metal Disco, which sounds more inspired by EBM, but adapting the body style into an own approach. Another name to keep in mind is Geometry Combat, which is also inspired by EBM ideas.

– – – : I mostly mainly regret there’s no info available about the bands on this CD version. That’s a pity especially because it consist of lesser known bands. Production-wise the mastering could have been better, but let’s keep in mind it all remains an independent and pure underground work.

Conclusion: If you’re in search of less familiar bands dealing with vintage electronics this sampler can be worthy of examination.