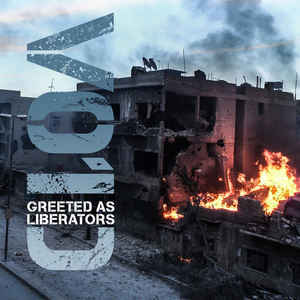 Background/Info: Joe Byer got some name as live keyboardist for Ayria. But he also is the instigator behind this v01d. After a debut album in 2009 (cf. “This Is Not A False Alarm Anymore”) and the “Weakener”-EP featuring Ayria it all looked like v01d had disappeared. Joe Byer is finally back on track unleashing a new opus, which is a bit like a new beginning.

Notice by the way that another album entitled “Prototype” has been released as well. Both albums are available as DCD.

Content: v01d seems to like electronics mixed with heavy guitar parts. That’s indeed the essence of this new work, which is a kind of pure crossover. It now sounds more into rock-pop and next a bit ambient as well. I also noticed a few psychedelic guitar passages. The vocals by Joe Byer are a bit like a chameleon and totally flex to the main influence running through a song.

+ + + : I especially like the debut songs of the album revealing a perfect harmony between electronics and guitar. It’s a cool rock-pop style revealing the somewhat Depeche Mode inspired “Hoof To The Sky” and the raw-sounding “Abhor A Vacuum”. v01d sounds like having composed an album without compromises, but just exorcising his very own ideas. Joe Byer also reveals to be a very talented singer.

– – – : After a real exciting debut part the instrumental “Veils Will Fall” is a real break announcing a different final part, which becomes less convincing and sometimes experimenting with psychedelic guitar passages.

Conclusion: v01d is back on tracks and that’s rather interesting as this band offers a unique alternative to the contemporary bands, which often have lost their inspiration. This album is however missing a potential hit and a few more noticeable songs. I’m convinced there’s much more potential in this artist than what came out on “Greeted As Liberators”.