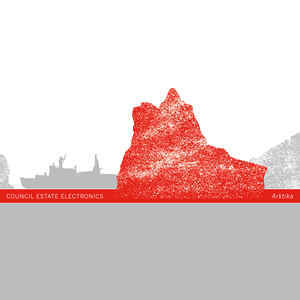 Background/Info: “Artika” is the third full length album by the duo Justin K Broadrick (Godflesh, Jesu ao) and Diarmuid Dalton (Jesu ao). This is their first work under the Council Estate Electronics-moniker since the “Longmeadow”-album (2012) while it also is their first album on Glacial Movements.

“Artika” was inspired by ‘the first of a new class of ships known as Type LK-60YA, ordered by Russian state nuclear agency Rosatom (eventually there will be three vessels). Its task will be to smash a path through the ice of the Northern Sea Route. Raw power counts for a lot in icebreaking, and by bringing 80,000 hp (60 megawatts) to bear, Arktika will be able to break through floating ice almost ten feet thick. The icebreaker will lead convoys along a route that otherwise would be impassable.’

Content: The concept of “The Artika”-ship has been transposed into a meticulous and ingenious electronic composition revealing a treat fascination for sound creation and –manipulation. There clearly is a true love for vintage electronic gear and a non-stop fascination to manipulate noises. The sounds are raw, cold and metallic. It creates an ambient sensation carried by slow rhythms.

Council Estate Electronics clearly has its own style, which is sometimes joined by a few extra influences like dub and experimentalism.

+ + + : This is an intelligent composition based upon impressive sound treatments. This is an own approach in electro-ambient music, which is quite accessible because of the slow tempo. The songwriting is characterized by a great progression, which will bring the listener into a nearby state of trance. This is music to dream away, but also to enjoy the excellent sound sculptures.

– – – : Council Estate Electronics composed an accessible, but minimal kind of electro-ambient experimentalism although it probably is not the kind of work that will ravish numerous music lovers in search of more classical music standards.

Conclusion: This is an electronic-ambient trip where you can enjoy a real wealth of sonic arrangements and treats. This album has been touched by the hand of true sound alchemists.