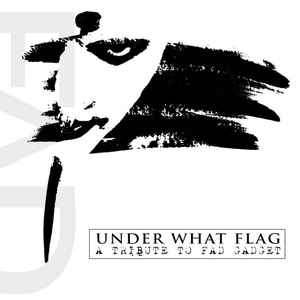 Background/Info: Frank Tovey (1956 – 2002) better known under the Fad Gadget moniker has been for sure one of the most famous and maybe stubborn artists from the new-wave decade. He released a very own electro-wave sound and had numerous hits. This tribute is a way to commemorate the talent of Frank Tovey, but still the great ‘show beast’ he was.

Content: Seventeen bands contributed to this special tribute. There’s an interesting selection of established and some real famous names and a few ‘new’ and totally unknown bands. That makes the compilation even more interesting. “Collapsing New People”, “Lady Shave”, “Ricky’s Hand”, “Fireside Favourite”, “Back To Nature”, “Swallow It” and “State Of The Nation” are some of the most famous ‘hits’ from the artist that have been covered for this compilation.

I noticed a great diversity of influences and a few artists who totally reworked the original version.

+ + + : This tribute is an ode to one of the artists, who I personally consider as one of the ‘major’ artists from the electronic underground music. All songs have been covered a successful way, but it’s an interesting sonic canvas revealing interesting passages. I’m referring to the somewhat cubby adaptation of “Lady Shave” by Blakk Glass, the into EBM driven “Ricky’s Hand” by Blicky and another EBM inspired cover of “Insecticide” by Manufactura, the pretty minimal-like “Insecticide” by Microship Junky, the intimate “Back To Nature” by Noir, the creative and totally reworked “State Of The Nation” by Pixelpussy, the bombastic and somewhat into cabaret like “Saturday Night Special” by Maleagant and last, but not least the dark-EBM transformed “Back To Nature” by Leæther Strip.

– – – : Some tracks remain far under the expectations although did I really had some expectations?! It’s just that a few cuts could have been more creative and/or the vocals produced another way. It always is a bit of a tricky business covering such a legendary artist so sometimes it’s cleverer to totally transpose the original song into something different. That’s precisely what Pixelpussy did and what other bands didn’t dare.

Conclusion: This sampler is a way to rediscover Fad Gadget interpreted by other artists. It’s an honest and interesting tribute to Mr. Frank Tovey.