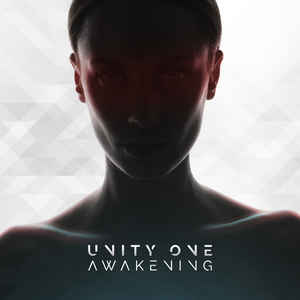 Background/Info: Set up in 2016 by Mike-E and singer Rush (known from his involvement with Alpha Point) “Awakening” is the first official full length from this electro-pop duo. They previously released a few digital EP’s.

Content: This work brings us back to the essence and golden years of future-pop music. This work will rapidly evoke bands such as Neuroticfish and VNV Nation, but also a contemporary formation such as Eisfabrik. The songs are carried by solid and ultra-danceable kicks and these typical leads coming through during the choruses.

+ + + : “Awakening” avoids any innovation although reveals a mature and professional production. The album has been composed with knowledge and a real passion to compose great sound treatments and alluring leads. It also is a perfect album to dance on, and which will maybe announce a definite return of future-pop music. “Awakening” also features a few happy sounding songs while I also enjoyed a few darker passages. Rush also is the perfect singer for this kind of music. Last, but not least I also have to say a word about the artistic digipak of this release. Notice by the way the album features 2 extra songs (remixes), which aren’t available on digital platforms.

– – – : Originality is hard to find and that’s somewhat disappointing as you rapidly get this déjà-vu feeling. It’s a bit of a copy-paste from the first future-pop productions so I guess that’s maybe an aspect to reconsider on further works.

Since you’re here … … we have a small favour to ask. More people are reading Side-Line Magazine than ever but advertising revenues across the media are falling fast. And unlike many news organisations, we haven’t put up a paywall – we want to keep our journalism as open as we can. So you can see why we need to ask for your help. Side-Line’s independent journalism takes a lot of time, money and hard work to produce. But we do it because we want to push the artists we like and who are equally fighting to survive. If everyone who reads our reporting, who likes it, helps fund it, our future would be much more secure. For as little as 5 US$, you can support Side-Line Magazine – and it only takes a minute. Thank you. The donations are safely powered by Paypal.
Tags: Eisfabrik, Neuroticfish, Unity One