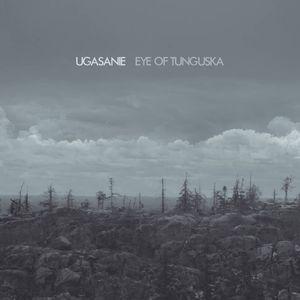 Content: Belarus musician Pavel Malyshkin strikes back with a new opus from his Ugasanie project. Most releases have been released on GV Sound, but Cryo Chamber became a familiar home for the Ugasanie as well.

Behind this new work hides a conceptual release, which was inspired by the mutilated body of studies who found spend a night in the neighborhood of the Tunguska meteorite impact site in Siberia. This album is meant as a sonic exploration of this event.

Malyshkin’s quest consists of 10 tracks, which from the very first notes are taking the listener into an enigmatic sonic web of buzzing sound waves and field recordings. There’s an impressive and chilling input of monstrous sound treatments creating a kind of horror vision of an alien. The title “Epicenter” is quite revealing for the sonic outburst, which really appears to be an imaginary epicenter of evil noises. The sound mixes explicit dark-ambient elements and a soundscape approach. This is the kind of music that totally fits to a kind of freaky documentary.

“Epicenter” is a damn chilling experience, but “The Phenomenon” even moves a step further. We now have joined the highest degree of sound terror, which is exposed by heavy sound waves evolving towards a real climax ending in a kind of explosion. “Through The Woods” coming up next sounds really malefic, which is mainly due to great field recordings and the noise of crows.

It sounds more and more tormented, like reaching a kind of paranoid state reminding me of the atmosphere of the legendary “The Blair Witch Project”. The tracklist appears to be meticulously built up to reach the ultimate degree of torment and anger. I like the dense sound layers, which have been constantly recovered by heavy buzzing vibes. This is perfectly executed on “Abandoned Base” and “Attempt To Contact”, which in my imagination totally symbolizes the nightmare vision of mutilated bodies.

This album brings no answer to what really happened to those poor students, but the dark sound creation clearly reveals total horror.

Conclusion: This is an album that will touch you in the deepest and especially most sensitive part of your inner self; dark-ambient music with a strong visual appeal.

Since you’re here … … we have a small favour to ask. More people are reading Side-Line Magazine than ever but advertising revenues across the media are falling fast. And unlike many news organisations, we haven’t put up a paywall – we want to keep our journalism as open as we can. So you can see why we need to ask for your help. Side-Line’s independent journalism takes a lot of time, money and hard work to produce. But we do it because we want to push the artists we like and who are equally fighting to survive. If everyone who reads our reporting, who likes it, helps fund it, our future would be much more secure. For as little as 5 US$, you can support Side-Line Magazine – and it only takes a minute. Thank you. The donations are safely powered by Paypal.
Tags: Ugasanie