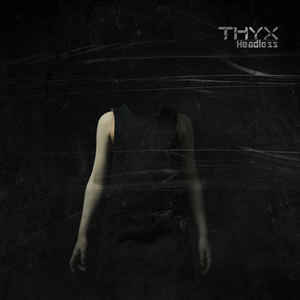 Background/Info: Stefan Poiss will always be linked to his main project Mind.In.A.Box, but it’s now evidence THYX became much more than simply a side-project. “Headless” is the 4th full length of the Austrian electro maker and a new exploration of very personal sound fields.

Content: The new work features a wide spectrum of electronic influences, which have been merged with the familiar basis of THYX. The work once more deals with precise astral electro bleeps joined by similar atmospheres and a kind of rhythmic bombast. The vocals are often robotic, this way reinforcing the space element running through the work. Another noticeable and still familiar aspect is the kind of psychedelic electro approach. I get the impression that Stefan Poiss is playing guitar with his electronic gear. That’s why I once more get the impression of hearing Pink Floyd going electronics.

This efficient sound formula has been joined by some fine retro-electro elements, but with some harder and surprising dance elements. The song “Forgotten II” is one of these little surprises and sonic treasures as well. The kick is somewhat psy-trance orientated, which injects an extra dynamic to the song.

I also have to mention the great production of this opus. Stefan Poiss remains one of those intelligent sonic alchemists transforming a song into a sophisticated and still very accessible piece of music. The arrangements and unique treatments are sometimes reminding me of M.I.A.B. although the final result reveals differences.

+ + + : One of the main strengths of THYX remains the global sound intelligence of this new album. I still like the psychedelic effect running through the song, which are one of the most essential elements to seize to THYX sound.

– – – : “Headless” is a beautiful album, but maybe with a lack of potential hits.

Conclusion: It’s hard to say if this is the best work of THYX to date, but it probably is the most sophisticated and accomplished work. Stefan Poiss is a real ‘artist’ in electronics. He’s a kind of sonic Picasso, playing and manipulating sounds like a painter with a brush and colors.